This is all set to be a pretty boring post, fueled solely by my interest in alternative history and a certain television program on the Nation Geographic Channel viz Megastructures. If you happen to have an interest in either, or you are (or going to be soon) a civil engineer and you are passionate about the subject, there is a little probability that you too might just like it.

This is set in a little landlocked country in Asia, happily nestled and nurtured by the mighty Himalayas. To its north lies the People's Republic of China, to its west, south and east ... our very own motherland, India. Yes, you got it right, it's Bhutan that I am referring to.  The Land of the Thunder Dragon (and Land of so many more things, as we later realised, during our recent ten day vacation)

First things, first : this is NOT a travelogue. I am not a good ... er ... describer of vacations, if you get what I mean. Rather, this is a write-up describing and unearthing one little-known yet glaring aspect of this sweet little country.

What I refer to are Dzonghs (To pronounce it right, you needn't make faces and look like a retard, just eliminate the D and the H and you get a simple, pronounceable word). So what are they? They are simply put, Bhutanese fortresses, each of which have a rich trailing history. Big, towering, and awe-inspiring, their prominence in Bhutan is as great today as it was a few centuries back. Which is what sets it aside from the great monuments in other countries.

A few glimpses at the pictures that follow will prove that they are remarkable architectural masterpieces, and interestingly enough, they have stood the test of time, and continue to be centres of thriving activity even today. Dzonghs as I have said before were meant to be fortresses ... military structures, which were instrumental in fending off Tibetan attacks from the north and Indian from the south. Today however, when peace reigns in this country, and military operations rarely ... er operational, Dzonghs have been converted into seats of the governance. As a result of which these medieval marvels continue to serve the country, more than what historical monuments in other countries do.

There are some nineteen Dzonghs in the whole of Bhutan, and each is unique in its shape, structure, and history. Even the sites where they stand, have a sacred history trailing behind. Many thrilling myths and legends surround each Dzongh, which contribute greatly to modern Bhutanese folklore. Each country in general has separate structures/buildings for commerce, administration, military, religious and social purposes, but Dzonghs in Bhutan, encapsulate  them all together in one place. Not surprisingly, each Dzongh, houses a huge temple or monastery which is breathtaking in its own manner. Historically, they have served all of these purposes, from being seats of governance, to garisson for the military, homes of monks, and places for social or religious celebrations. These Dzonghs are also witnessess to bitter civil wars between medieval Bhutanese lords, when Bhutan still wasn't one consolidated country. Though structurally unique, they all seem to have been built on a common architectural pattern, which are evident when one has seen a few of them. There is a tall central tower that is supposed to signify the abstract frontiers between the temporal and spiritual administration of the dual system of government. The huge courtyards and the general expansiveness that greets the eye symbolize the "openness" and broader aspect of the life, and also territorial expansion.

Well, I'll stop the wramblingz here. What follows are some pics that we clicked that'll help you to see what Dzonghs really are like. 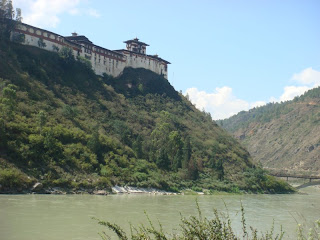 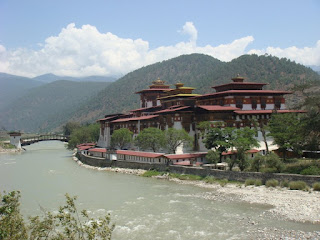 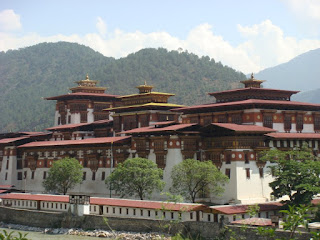 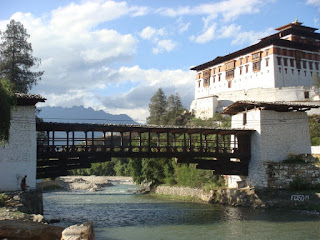 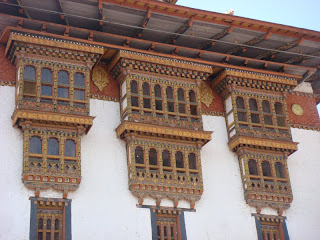 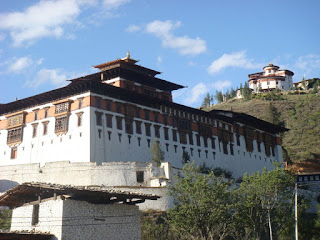 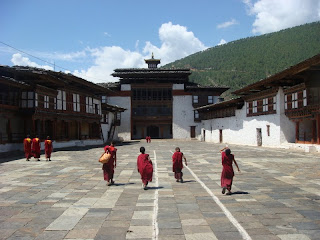 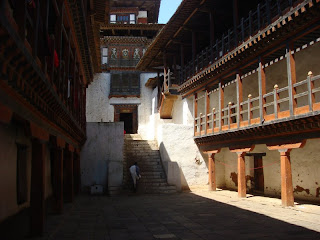 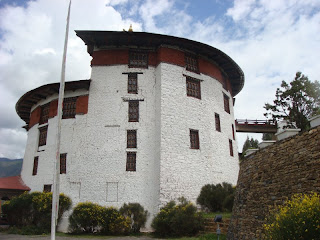 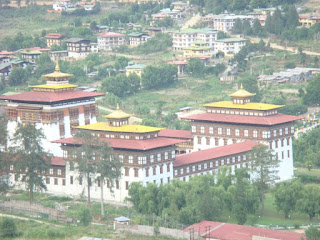 Anonymous said…
Nice job. I usually yawn pointedly at such things, but these Zongs (let's remove the D and H altogether, what say?) seem less boring than most.

Roshmi Sinha said…
Interesting and informative post. I had never heard of "Dzonghs" before... So, my GK just traveled northward :)

Subhayan Mukerjee said…
yeah, the vacation was pretty rejuvenating. You ll find more pics (of us too) on fb, if you ever decide to log in that it :P
24 June 2010 at 12:35