The good side to the Obama visit

After a hell lot of Oba-mashing in the previous post, I contemplated for a while and said to myself "Messa thinks every cloud has a silver lining!" and decided to jot down some points, some positive points and indications about Obama's visit. Most of these points however relate to his address in the Parliament yesterday, views expressed in which, have changed quite a lot from what his takes in Mumbai had been. 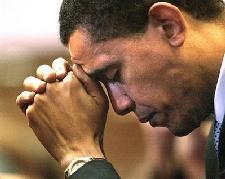 so here goes the points -

Which puts India on the same footing as China. With one major difference. India is democratic. China is autocratic, bordering at times on dictatorship. Which makes India's case all the more favourable to this world.
After initially and very craftily avoiding the issue in Mumbai, Obama announced yesterday in the Parliament that, "in the years ahead, I look forward to a reformed U.N Security Council that includes India as a permanent member." This, needless to say drew a lot of applause from the the MPs.
Obama's confirmation regarding the lifting of ban on high-end technology exports and the removal of ISRO ( Indian Space Research Organisation ) and DRDO ( Defence Research and Development Organization) from the Entity List has been welcomed by scientists all over the country.
Obama finally brought up the Pakistan issue yesterday, and the stance he took seemed pretty reassuring. To put it in his words "We will continue to insist to Pakistan's leaders that terrorist safe havens within their borders are unacceptable, and that the terrorists behind the Mumbai attacks be brought to justice"
this has certain sub-points :
This is by far the most significant aspect. The situation is clear. The US is groping about in the dark during the dreary times of a full-on economic recession, with the dollar value plunging every day and share values of big  US firms, plummeting. And by Obama's implications and actions it is more than clear that Obama is looking towards the pretty-much-economically-stable India to bail out the US from this financial crisis. Obama sees India as a good market to sell stuff to. He recognises India's stability and knows that Indians investing in the US now would mean a lot to his country.

This is heartwarming, to say the least.

Roshmi Sinha said…
Well he decided to unleash the 'charm offensive' finally. You see... India is the best destination for an ex persident's memoirs ;)