Inspired by a really old Bong, who does the same with his editorials for the Fine Print, I considered putting them up on my blog, for posterity's sake.

Editorial for the January 2011 issue. My first ever attempt at an editorial. Thus, a sizable portion of it is within quotes, so that I myself had to write lesser. Produced after much trepidation after my knobbly knees had become steady, and the butterflies in my stomach had died out.

What does it take to be different?


OK, maybe I should rephrase and say, what does it take to be differently minded?

Charles Babbage, to whom history has ascribed the title, “the father of the computer”, sure was such.  hen Lord Alfred Tennyson published a poem, two lines in which read “Every moment dies a man, every moment one is born”, Babbage sent him a letter saying that, “I need hardly point out to you that this calculation would tend to keep the sum total of the world's population in a state of perpetual equipoise, whereas it is a well-known fact that the said sum total is constantly on the increase. I would therefore take the liberty of suggesting that in the next edition of your excellent poem the erroneous calculation to which I refer should be corrected as follows: "Every moment dies a man, And one and a sixteenth is born." I may add that the exact figures are 1.067, but something must, of course, be conceded to the laws of metre.”

That’s different mindedness for you.

Sure, he was not the ordinary human being. Indeed, he was a lot more than that. A visionary, a thinker, a philosopher, and of course, one of the most brilliant mathematicians this planet has ever seen.

To Charles Babbage. To the father of the computer. To the reason behind A7.

We dedicate this to you.

Editorial for the February 2011 issue. My second-ever editorial. Written at 3 AM in the peculiar time of the day when day is almost at odds with night. Confidence levels that had been generated after the lukewarm success of my first newsletter, were dashed to the rocks while designing this issue. Hence, I was back to square one, and drew ideas from the various intelligence-related articles that had been compiled for this edition. 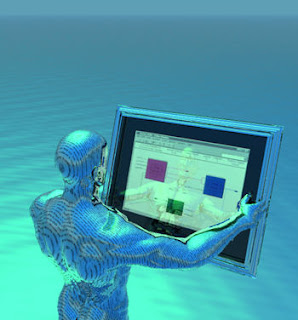 The Question of Intelligence

Alan Turing once said, "A computer would deserve to be called intelligent if it could deceive a human into believing that it was human." Just in case you are wondering who Alan Turing is, he was the mind behind the Enigma, the code breaking computer, that eventually helped the Allies secure victory in the Second World War.

Today, after several decades of Turing, one can actually contemplate on the possibility of what he had envisaged.

An epic incident this month, wherein a supercomputer beat two men at a word game, has gone a long way in proving that position of humans as the most intelligent beings on the planet, is indeed at stake. There may come a time in the distant future when machine intelligence shall become as instrumental in daily human life, as humans themselves!

Or maybe, machines shall progress in leaps and bounds and take over all of humanity? When man himself shall become subservient to his own creation? Like in Frankenstein and I, Robot?

What do YOU say?

That's all. I shall keep putting up the ones that I conjure up every month, from now onwards.