November Rain occupies a very special place deep within my heart. Maybe it's the feeling that the song invokes when you put it on your headphones and turn up the volume, maybe it's the music video featuring the sweeping scenes of Slash with his yellow Gibson in the desert, or maybe it's the soulful funeral music in the very end.


This story, which follows along the lyrics of this epic GnR ballad, was written 5 months back, and wasn't put up on the blog for some very obscure reason. So in case you are jobless and are willing to read something that has absolutely nothing to do with India winning the world cup, well, then you may. 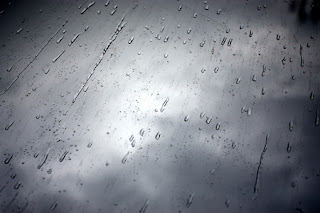 As he looked out of the shattered pane of glass, outside the window, out at the dark eerie quietness of the night, he realized that he might as well be looking inwards. For the darkness outside seemed to be but an extension of the darkness within him. Blending into each other with the surety of the passing time. The creases upon his brow did give but a mere hint of his sadness, to whoever would care to look his way. But he knew perfectly well that no-one would. For there was no one left to look his way.

It had started drizzling some time back. And the steady trickling from the darker heavens above was the only sound that made its way into his ears. The sound was beautiful. Sadly beautiful. The melancholic undercurrents were strong in it. And he liked it. He liked it because he liked all things sad and beautiful. He opened his mouth to taste the night air. To taste the moistness and quench his parched throat. But all he tasted was misery. Thick dark misery. He felt liked retching.

It was then that he heard it. Something other than the drizzling, which by then, had transformed into a downpour. Something familiar. Something beautiful.

A tune. A familiar tune, floating in through the cold night air, creeping into his ears. Like some hesitant stranger outside a gate. It took him an instant to recognize the tune. And when he had, he opened his mouth again.

Words flowed out like the endless rain outside. And he sang.

When I look into your eyes,

I can see a love restrained.

The imagery that floated into his mind was a happy one. He hated it. He hated things which were happy. He let go of it. And it dropped like china on the ground. Shattering in a thousand pieces.

And darlin' when I hold you
Don't you know I feel the same.

He closed his eyes. And through his closed eyes he saw the interplay of light and dark. He hated light. Light meant happiness. He hated happiness.

'Cause nothing lasts for ever,
And we both know hearts can change.

He laughed. Dry humour-less wry laughter. There are no hearts left to change, he said to himself.

And it's hard to hold a candle,
In the cold November Rain.

He loved this part. No. He liked this part. He did not love. He could not love anymore. He hated love. But yes, he liked it. He liked blowing candles out. It symbolised the triumph of darkness over light. And as he sang, in his mind's eye, the dark rains washed the lights away.

So if you want to love me,
then darlin' don't refrain.
Or I'll just end up walkin'
In the cold November rain. 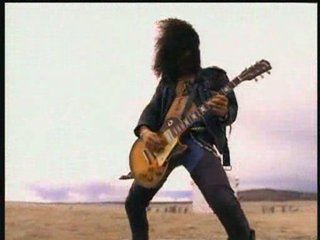 The tune was still floating in. Riding on the night wind. Unwavering. Resolute. The melody was haunting. Beautiful. Bewitching. It made him breathe in lung-fulls of the night air. Yet he felt strangled. As if the air around him was a cage. And while he heard the tune and breathed in the night air, his hand dropped down.

His fingers felt something solid and hard in his pocket. Something cold.

He knew what it was. And the thought comforted him. He realized that now, he could breathe easier. As if someone had loosened the iron links that made up the cage around him. The load upon his chest seemed to lighten.

He dropped his head and looked down. Smart attire, he observed. A blue tie. A black suit. Black trousers. He liked black. Black was the colour of darkness. He liked darkness. A red ... he frowned. What is that red in my left pocket? Creases furrowed on his forehead. His hands came up and he lifted it. It felt nice. Smooth. Velvety. He looked at it closely.


The rain was picking up again. It was getting colder too, he sensed. He liked it. He liked the cold. It calmed him down.

And when your fears subside
And shadows still remain, oh yeah

He looked out, breathing heavily. The night outside was wilder than he had ever seen it and the rain was heavier. Much heavier. A sudden lightning forking through the night, made him recoil involuntarily. It hurt his eyes. He hated it.

So never mind the darkness
We still can find a way

No. A voice in his head said. He wanted darkness. Not a way out of it.

He looked at the red in his hand. There was a sudden outburst of realisation. And his eyes popped. His head reeled.

No! The voice was screaming now.

Or maybe it is time, a softer, quieter voice spoke.

It is time, he convinced himself through his gasps.

The cold hard object in his pocket had never felt more comforting.

There was a muffled crack.

The first glimmerings of dawn were appearing in the distance. Heralding a new day. The rays broke  through the fast dispersing clouds. Filtered through the leaves of the trees. The trees loved it. The night had been cold. And wet. The trees welcomed the light of the new day.

The sun beams hit the cracked window pane, and infiltrated inside. The sight was sorry. A figure in black lay slumped in one corner. The blood trickling down from the hole in the temple had still not
dried.

In one hand the gun was still smoking. In the other, the rose was still fresh.

A tribute to November Rain. And Guns n' Roses. 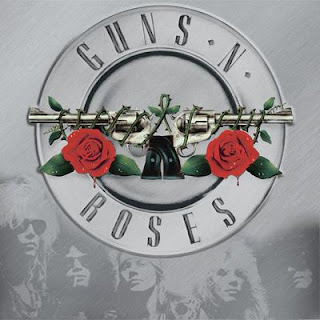