A week ago, I was in Pilani.


Yes, that same stretch of deserted wasteland, that God created one fine morning when He woke up to find lice in His hair.

Aside : No offense dude, but it shows.

Actually no. To be honest, it isn't that bad.

But. Just before the semester ends, when you have all sorts of tests, paper distributions, academic heartbreaks, that work in unison to make you feel like a Marie biscuit dipped in a cup of tea for half an hour, it does get miserable. Very miserable. And then, the prospect of going home shines in the distance like a KFC bucket that is just out of reach.

But then, even semesters end. And a time comes for us to pack our stuff, and bid teary-eyed farewells to our fellow engineering mates (turning purple), and to our much detested abode in the sands.

And then we reach home.

Now. If we actually do a home versus BITS face-off here, there's no doubt that it will be a a very closely contested battle. BITS has its strengths. DC++. ANC. Wingies. Clubs. Departments. Fests. All of these tilt the scales heavily in BITS' favour.

But right now, being at home, and being pampered to the point of feeling pangs of guilt flowing through my body, home does seem to be the in thing. The rage, as one would say. And without further ado, let me elaborate on why it is so.
Free internet. When I  first told this to my dad, he raised an eyebrow, and clarified, "Free as in free speech. Not free beer. Remember".

Exactly what I meant, of course. Browsing the world wide web with absolutely no restrictions. No trying out different proxy servers. No issues with getting alternate IP addresses. No tunneling. Pure unadulterated freedom of browsing. And thanks to Reliance Netconnect Broadband Plus, getting high speeds. That too on the move.

After four months of eating daal that is no different from camel piss. Sabzi that raises questions about existentialism. A fake chicken roast once a week, which is probably a bat's left breast, deep-fried in the worst possible oils. And a  chicken biryani which tastes like a slap on the face of the city of Hyderabad.

After all this. Home is like the best thing that can possibly happen. You go to MacD's and sink your famished teeth into a juicy MacMaharaja. Or order a Double Cheese Burst at Dominos, and revel in the cheese as it oozes out onto your palate. Or grab that KFC bucket and tear through it without a worry in this world.

Added to all this of course, is my brilliant mother and the battery of delicacies that she conjures every single day.

This is plainly one aspect of home that Pilani can never ever hope to match.

3. A Western Toilet and a Bath Tub

Now after gorging on all that food, Home ensures that passing them out is a pleasure as well. A western style toilet is one that thing my knees literally crave for when I do the thing in college. Bloody kneebreakers. That's what those contraptions back in college are. They do not look like they were even meant to be places to do-the-thing in, in the first place, and the only point of them seems to be in reviving the Dark Ages.

And a bath tub. Oh for the person who hasn't experienced the joy of spending hours with a magazine in the sweet smelling waters within a bath tub. I really don't care if it sounds gay. It is utter bliss to say the least.


Two things I sorely miss in Pilani are the two thoroughbreds that we have in our stable. A Toyota Qualis and a Hyundai i20. The car-fanatic that I am, I can never really get enough of them, ever. The sheer finesse of sinking into the seats, turning on the volume and putting your feet down on the gas, is akin to Bilbo Baggins blowing out a smoke ring. No less.

The best city in the world. Even better this time around with the election results =)

And before I sign off : Home. Here's a big wet one for you. 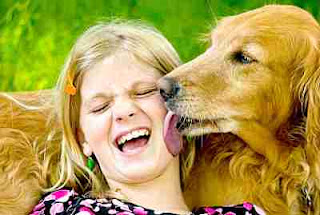 But hey! Cheer up. You are in the land of "Shonar Kella". Don't tell me you didn't get time to get away from 'fake' books, camel piss camouflaged as daal, batman chicken, blah, blah, blah - to retrace Feluda's steps!

And what about tea with camel's milk - Jatayu has vouched for it, no less.

P.S. "Added to all this of course, is my brilliant mother and the battery of delicacies that she conjures every single day."