A dramatic turn of events : quite literally for Dream Theater

This was written long back (almost a month and a half) for my college newsletter, the Fine Print. Just thought of putting it up here as well. 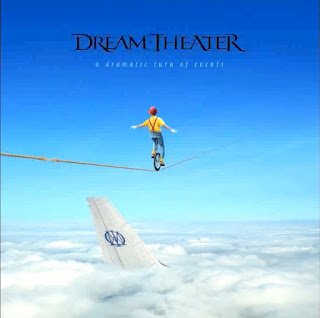 The concept of bands changing members is as old as bands themselves. At times, it is a traumatic incident, often tragic; often it is musical differences that makes members part ways. At other times it is just the members being at loggerheads with each other that spells disaster (remember the band that was once Guns n’ Roses as opposed to the total abomination that exists today).

When Mike Portnoy, founding member and drummer of Dream Theater, and one of the most celebrated drummers in the world today, decided to go on a hiatus from his band, the music community was a little more than shell shocked. For Portnoy had been the be-all and end-all of one of the most successful progressive music acts ever. The departure of Portnoy, and the introduction of Mike Mangini however, did help Dream Theater get a degree of public attention that they would otherwise not have received and brought their new album in the limelight of exhaustive scrutiny.

A Dramatic Turn of Events (record label: Roadrunner) released worldwide on 13th September 2011. Interestingly, it had made its way into the DC hubs of BITS Pilani two days before its release. The album comprises 9 songs and yes, it is long; runs for over 85 minutes, but then again, that's progressive metal for you.

The songs are varied. From On the backs of Angels, which does does justice to the usual Dream Theater sound and dispenses all doubts about Mangini's drumming dexterity; to This is the Life and Far From Heaven, two of their softer and overtly melodious tracks, perfect for easy listening. Their metal roots are still prominent in Lost Not Forgotten and Bridges in the Sky, which showcase some brilliant double-pedal bass drumming by Mangini and some incredible guitar work by the maestro, John Petrucci. Jordan Rudess still maintains his postition as the reigning king of the keyboard and in this album, we hear so much more of him than we have in their previous ones. Also, the iconic ever changing time-signatures, that Dream Theater is synonymous with, have been kept alive with some very complex rhythm patterns leaving their mark in most of the tracks. Not to mention the silent wizard, John Myung and his superlative bass work on his 6 string bass.

So is the album good? Yes, it is. There's nothing wrong with it at all. It has all the things that can be expected of a band like Dream Theater. Technical brilliance. Gorgeous solos. Unpredictable transitions. Soaring vocals. Lost Not Forgotter in fact, with its steady build up from a beautiful piano arpeggio-motif to a stacatto riff and high pitched countertenor vocals does come close to the epicness that Dream Theater is.

But that. Is it. The album doesn't reach the high levels of blind-brilliance that one would anticipate. In fact, the second track, Build Me Up, Break Me Down, with its weirdly artificial chord progression and modulated vocals, made me facepalm in disgust. Even if we put that one track aside, there's no Pull Me Under or an Under A Glass Moon. Or even a Beyond This Life for that matter in this album. Moreover, if you are a Portnoy fan, then the new drum sound will take a lot of getting used to.