This post was written for Top Five Records. You can read the original here. 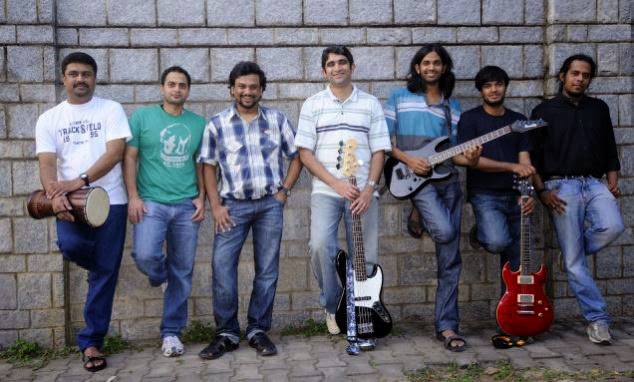 The Indian rock scene has, over the years, engendered numerous artists and acts - many of which have given us reason to feel proud of the music that our country produces today. From the pioneering works of Moheener Ghoraguli in the 1970s to the near-virtuosos like Baiju Dharmajan and Warren Mendonsa, Indian rock has indeed walked a long and meandering path. More importantly, they have established and re-established the fact that our musicians have often been able to step outside the mundane mediocrity of Bollywood and make refreshing music, by drawing heavily from Western rock while remaining faithful to their Indian roots.

Agam hail from Bangalore, and they call themselves a Carnatic-progressive rock band. Their music is thus a heady mix of Carnatic classical, set against an ambitious backdrop of technically challenging rock; this is not surprising, as they cite Indian Ocean, Dream Theater and Rush as their primary influences. The genesis of Agam goes back to the music club of BITS Pilani when vocalist Harish Sivaramakrishnan and drummer Ganesh Ram Nagarajan started jamming casually. They continued their shared passion after college and, after officially forming Agam, their first big breakthrough came when A R Rahman himself adjudged them winners of a band talent hunt on a Tamil TV channel. Since then, they've performed in gigs all over the country and have released a studio album in 2012. They have even featured in MTV's prestigious Coke Studio in the same year.

Their recent gig at Hard Rock Cafe, Hyderabad was a wonderful demonstration of their talent – which they manage to nurture, in spite of all of them being full-time IT professionals today.

The first thing that hits you when you hear them live is the raw classical roots that Harish’s aalaps stem from. His voice reaches soaring crests and peaks, all the while remaining unflinchingly musical and melodic, reminding one that classical vocals continue to be the mainstay of any fusion band today.

But let that not downplay the inherent talents of the other members. T. Praveen Kumar's guitar work and Ganesh's pounding drums were also top notch, and while the keyboardist never did come into the limelight (much to my disappointment, as the keyboard forms a cornerstone of prog music, more so than the guitar), he kept the strings and the chords flowing just fine, making the overall experience wholly enjoyable. And the bassist – who was temporarily replacing their usual bassist, who couldn't be present for the gig - did some splendid slapping on a five-string bass.

Agam performed a number of original compositions from their album The Inner Self Awakens. And much to the delight of the fans, they threw in a couple of A R Rahman covers as well – from Dil Se and Tu Hi Re. The covers were so beautifully rendered that even the most devout of Rahman or Hariharan fans would have appreciated them wholeheartedly. After nearly two long hours of beautiful music, when the show was reaching its unfortunate end, they succumbed to popular pressure and did an encore of two of their more popular songs, “Dhanashree Thillana” and “The Boat Song”, both of which were met with wild cheers from the crowd. 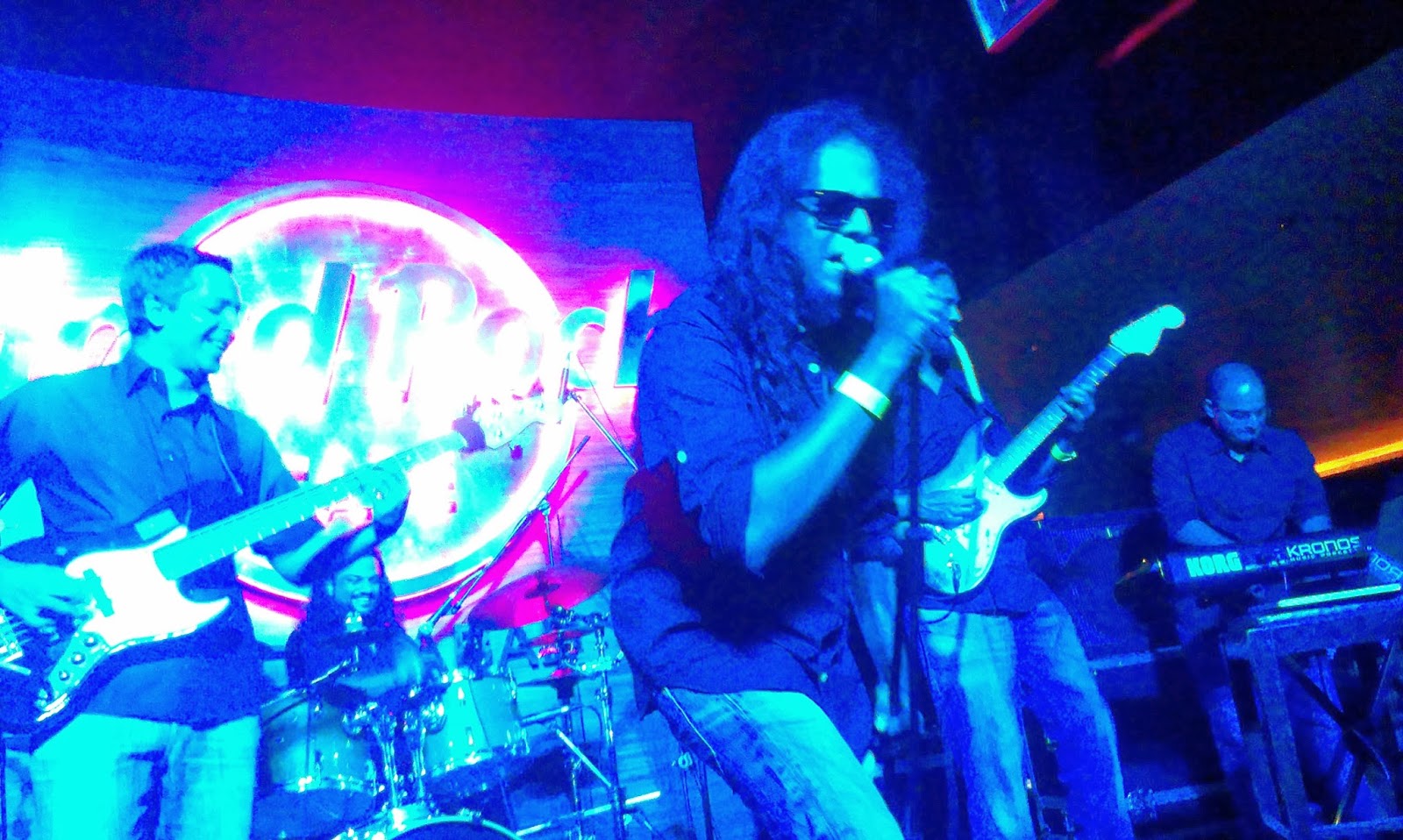 Most of their songs, I observed, demonstrated a high level of technical proficiency - be it with the guitar solos or the drums - and the evening reached its instrumental climax when Ganesh executed a wonderful Peart-inspired drum solo that left the entire HRC reeling. It was an absolute delight watching him wield those sticks with such dexterity; he exhibited infectious levels of enthusiasm coupled with such consummate ease that it was difficult to not admire his style of play. I also observed (given the rabid Rush fan that I am) their music is extremely inspired by Rush. A particular example is the beginning chord/drum progression in “Swans of Saraswati”, which seemed like a tribute to Rush’s iconic “YYZ”. (For the ones who are unaware, the introduction to “YYZ”, played in a time signature of 5/4, repeatedly renders "Y-Y-Z" in Morse Code using various musical arrangements, and it is one of Rush’s best known instrumental pieces.)

After the gig ended, my friend and I rushed over to meet Ganesh and Harish, and we chatted about an Alma Mater that we all shared. All in all, I enjoyed Agam thoroughly. I have heard their studio album a number of times, and while I wouldn’t blame the album per se, I must say, I liked them live far better. To the extent that, if you asked me whether I would go for another Agam gig any time soon, I would say yes. Without a second thought.
Email Post
Labels: Hyderabad music