This post was originally written for Top Five Records. You can read it here.

Wolfmother probably isn’t one of those bands that you can become a die-hard fan of, swear by, and get tattoos done on your forearms to show your unflinching support for. Unless you’re Australian. In which case, apologies, mate. 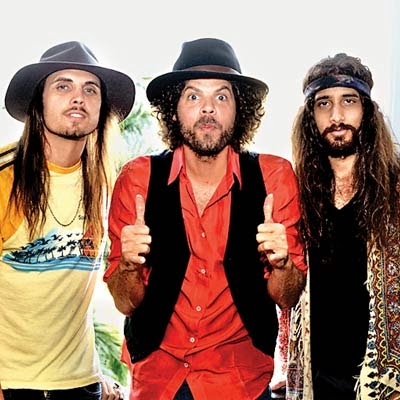 Because, let’s face it, as the generic rock lover in each of us progresses in age and taste, Wolfmother resides in but a tiny corner of our music collections - coming up now and then in rock mixes and playlists, giving us a substantial amount to headbang to while it lasts and then innocuously disappearing again until its next appearance. Even their Grammy winning single, for example, is largely unheard of in rock circles around and above the Equator.

But all said and done, it’s not every day that a band that can actually boast a Grammy to their name comes down to your town to do a gig. And when they do, you’d certainly be a fool to not give them a chance.

If you’ve correctly gauged my opinions about Wolfmother till now, you’d figure out that I wasn’t exactly slobbering over the thought of seeing them live, but the fact that I’ve listened to “Joker and the Thief” since my school days gave me enough reason to look forward to them. The fact that the venue was the sister campus of my own college only made things rosier.

When they kicked off on the fine Saturday evening, it was difficult to not observe the amount of energy the trio packed into their performance. Nevertheless, as the minutes rolled by, it was also difficult to not observe the dearth of variety in their songs. Sure, for the first half an hour or so, while they dished out singles from their two studio albums, they had everyone - from the rabid headbanger to the passive-aggressive bystander - tapping their feet and shaking their heads, but after a while, the music became a tad too repetitive for my taste. I did keep my head shaking and feet tapping though, lest I be booed at by the music connoisseurs around me, but the only reason I was still interested was the fact that they were yet to play “Joker and the Thief”. And that’s that.

But don’t let my biases and limited previous exposure to Wolfmother downplay the commendable workmanship of the band. Andrew Stockdale’s vocals, soaring and clean, fit in just fine to complement his heavy, down-tuned guitar riffs and the swanky occasional solo. However, Ian Peres, who divided his time between the bass and the keyboard, left a greater impression with his hairdo than he did with either instrument. (But that’s not because his music wasn’t any good, but because his dreadlocks and general enthusiasm on stage were.) To be fair though, he did his job pretty well. Lastly, Vin Steele, who was in charge of drums, was really the one who kept the energy in the music flowing right till the end, with his pounding beats and driving rhythm. 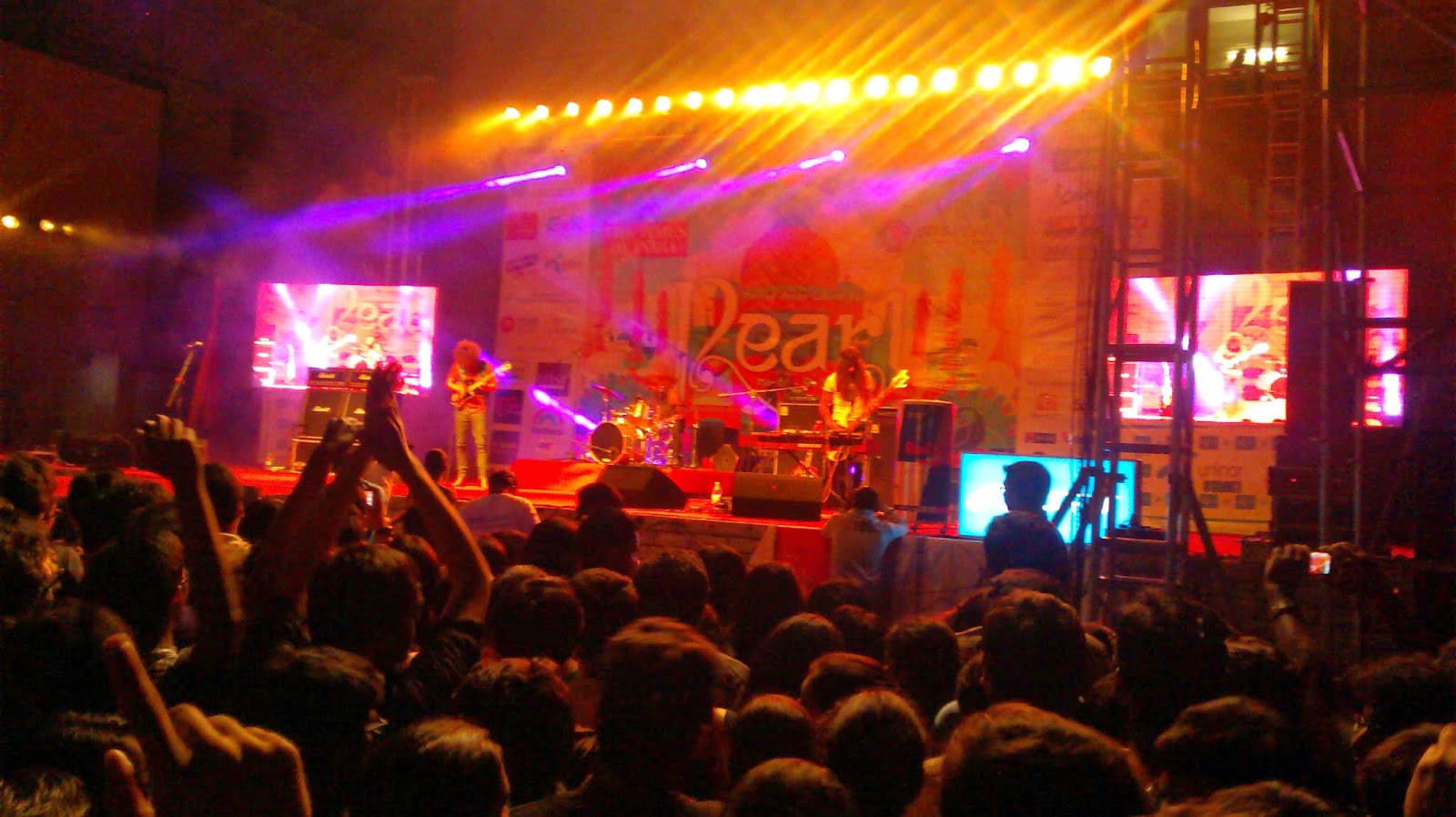 Their set list comprised of songs from both their studio albums: their eponymous debut from 2005 (which included songs like “Dimension”, “Apple Tree”, “Mind’s Eye” and “Love Train”) and Cosmic Egg from 2009 (“New Moon Rising”, “California Queen”). However, since both these albums largely fit into the hard rock/neo-psychedelia genre, it was difficult to find many stylistic differences during their live gig as well. Adding to this melee of heavy riffs and pummeling beats was their Grammy winning single “Woman”, which received a lot of cheer and got many a head oscillating with much rapidity. When, however, they left the stage without performing “Joker and the Thief”, the one song that the teeming majority of the throng had come to see them perform, the public cheer gave way to something that bordered on fury and mutiny. This turned out to be a rather cheap ruse, because they returned thirty seconds later, playing that instantly recognizable riff that elicited twice as much cheer and near-maddening popular excitement. Needless to say, their execution was spot on.

In hindsight, it was definitely a good gig. They had the right energy, the right talent, and the right set list as well. But, at a personal level, the band did leave a lot to be desired. They never really connected with me, nor, I would wager, with the average Joe who was present there as well. In fact, had they really walked off without performing “Joker and the Thief”, I wonder whether I would have rated them highly at all.

But yes, it was fun while it lasted. I shook my head, tapped my feet, and had a good time. But would I go for another gig if they come down to play again? I doubt it.
Email Post
Labels: Hyderabad music