The end of a chapter

Five years ago, approximately around this time of July, I had bid farewell to the city which had borne me for eighteen years to embark upon a voyage of discovery, learning and knowledge.

I had written a post back then (which in hindsight, looks laughably immature, and hence I won't bother linking to it), about how apprehensive I had been - and how uncertain things looked. Today, from the other side of the fence, with five grueling years of engineering and science under my belt, these doubts and qualms seem so baseless, and even stupid, that I wonder what made me harbour them in the first place.

The point I'm trying to make, by trying to conceal my exuberance, behind a veil of staid expressions, is the fact that I've graduated. With a Bachelor of Engineering in Computer Science and a Master of Science in Mathematics. And a First Division in both.

Five years have passed since that day on the platform at Howrah Station, waiting for the Rajdhani Express to Delhi,

... to wearing a black gown and holding two degree certificates in my hands.

True, I have had my difference with BITS Pilani on a number of occasions in the past; but the fact remains, undeniable and steadfast, that it is this place that has added more to my personality, my way of life, and my way of thinking, than anything else in my life. Simply put, I am, what I am today, because of BITS, and I shall forever remain thankful to her for that. 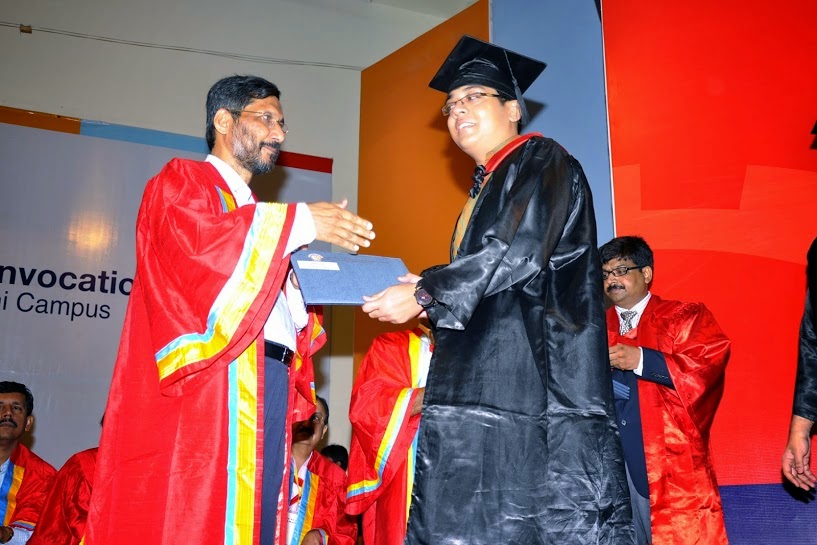 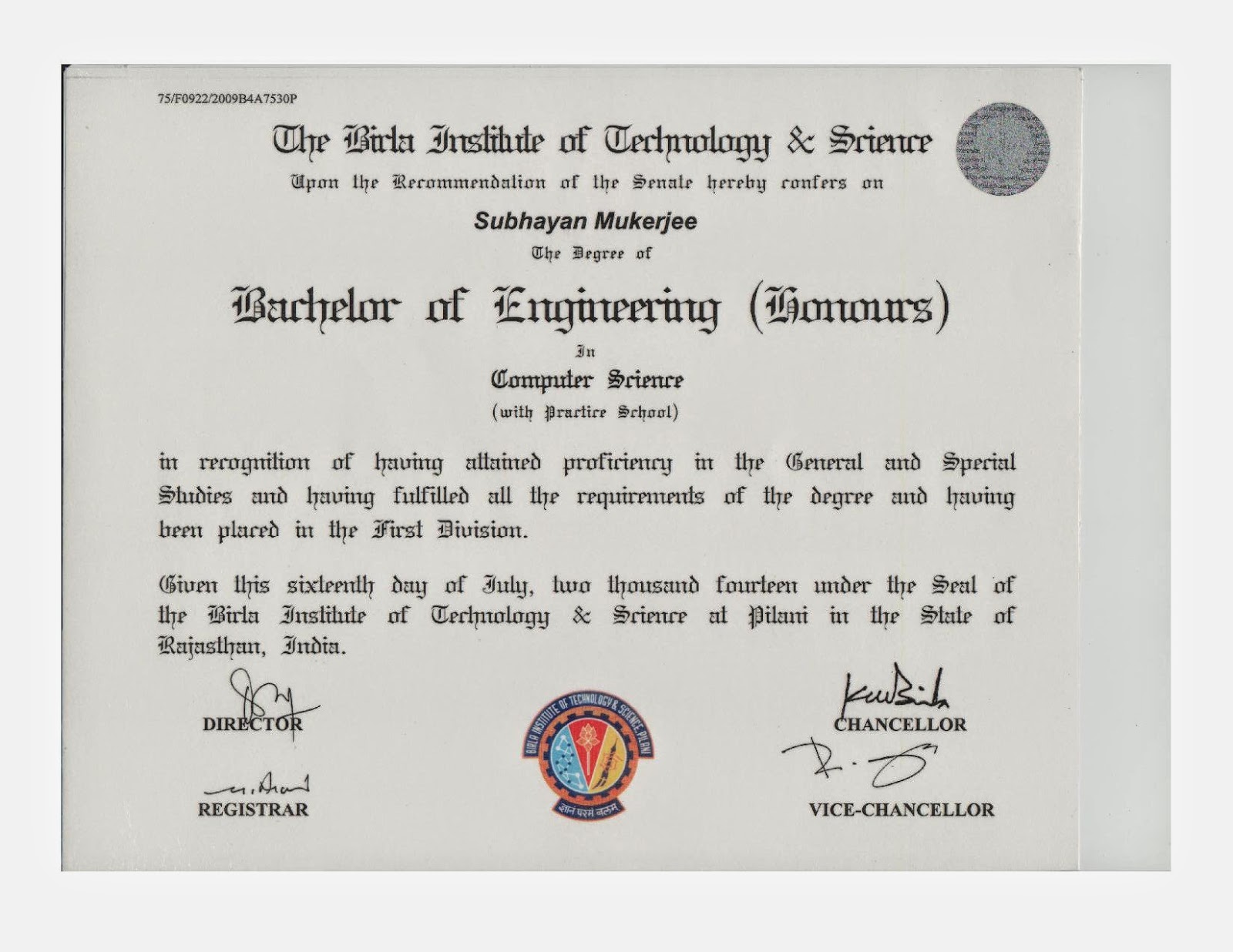 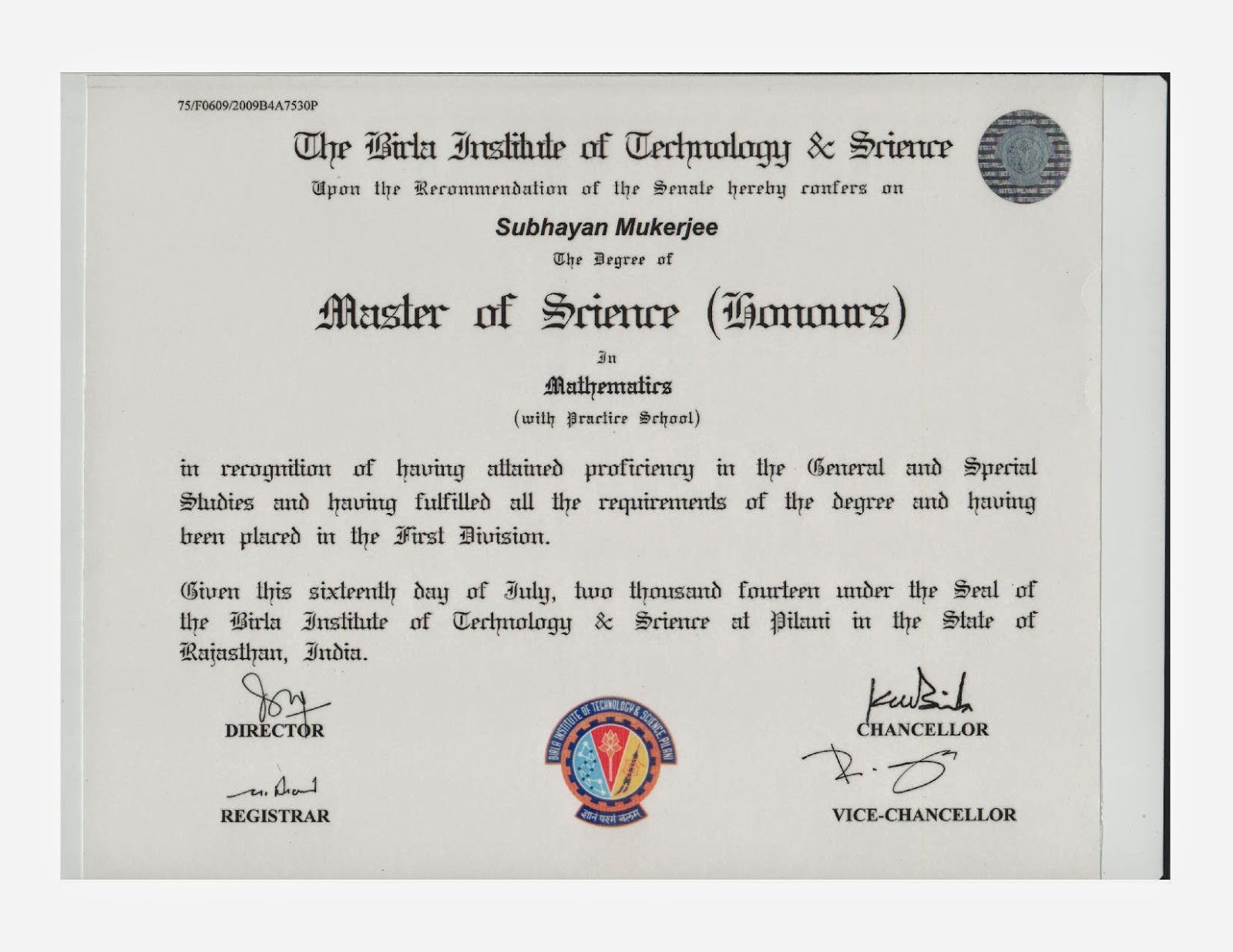 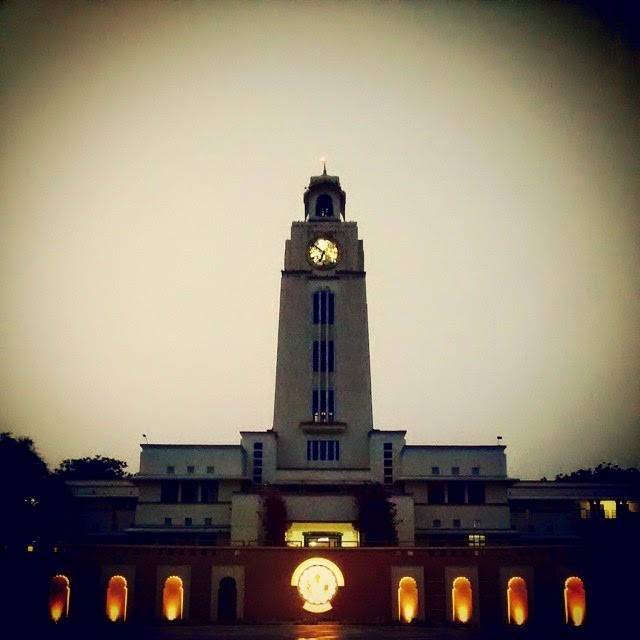