It's been a few months since I last penned a post, and that's because an awful amount of life has happened since then.

I've moved to a different country, regressed down the socioeconomic ladder and started doing a number of things on my own that I hadn't thought of doing, till later in life.

So yes, I've moved to the United States, have begun grad school at the University of Pennsylvania and most importantly, I have started cooking. Cooking is an activity that has had me since time immemorial. Particularly because of my mum who has this innate ability to conjure dishes out of thin air, and make them taste insanely good, while at it. I've always wanted to try cooking on my own, but given my general aptitude in utter clumsiness, I've always been hesitant of getting my hands dirty. And smelly.

But Uncle Sam is a different story- and the only alternative to not cook is to either die of hunger or to get buried in debt.

Which is why I have started cooking, and leaving aside a few newbie hiccups I've managed to cope pretty well with things. Or well almost.

Here's a dramatic representation of me in the kitchen: 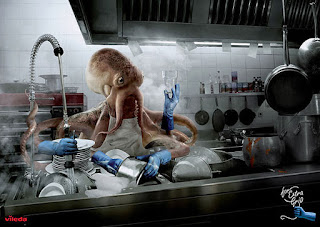 Next up, Philadelphia. Yep, that's where I am for the time being, and that's where I will be for the next few years (or howsoever long it takes me to get a PhD). Being the first city where I've stayed outside India, it's been a pretty interesting change for me. The weather was a shocker, when I landed - I had honestly expected something colder - but going by the trends in the past few weeks, I am sure I would have seen enough winter in the next few months, to stop cribbing about the heat.

But yes, Philly is a lovely city. It has most of whatever little history that the US of A has (coming from India, I do have this tendency to point out the fact that we have a lot of history back there) and people seem to be quite friendly and helpful for the most part. I live in South Philly, and my school (The Annenberg School for Communication, at Penn) is a couple of miles away, across the Schuylkill River (pronounced Skukul - to rhyme with Google). The river cuts through a very picturesque cityscape and has some beautiful biking/trekking trails along its banks. 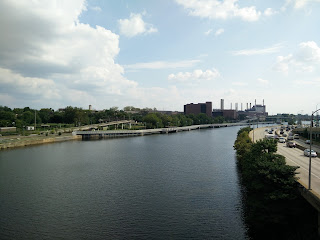 I will write a post dedicated entirely to Philly in the near future. Till then, let me rant about a bit about turning yet another year old.

Yesterday, I turned 25. It feels weird because 25 is the first of those numbers that get associated with a celebration. Like, the 25th edition of a festival is always a big thing. The 25th anniversary of a marriage is the first big milestone in a couple's married life. To think that I've myself hit a silver jubilee - and that too, so darn quickly, feels unnerving during times of silent self-introspection. Which I don't do often, but I guess I should, now that I'm so old.