This post was originally written for Top Five Records, You can read the original here. 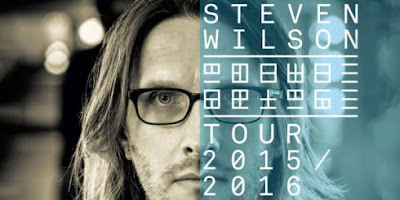 The disappointment was palpable. The thousands that had filled up Manhattan’s historic Beacon Theater on a cold March evening were probably beginning to regret their decision. A crew member had just announced that Steven Wilson, the main attraction of the night was unwell. For the first time in his 20 years of touring, Wilson had lost his voice on the night of a concert.

When he did come out on the stage however, the applause was deafening. Perched up on the first row of the balcony, I could hardly contain my excitement. Needless to say, Wilson was a person whom I practically worshipped. Being a huge lover of progressive rock music myself, I have often felt my musical taste to be somewhat of an anachronism – displaced in time by a few decades. Consequently, it is difficult to find musicians these days who create progressive rock in the manner it was meant to be created. Amongst the few who do create such music however, Wilson stands out as a towering, trailblazing figure – his greatness in the genre comparable only to the thematic depth of his compositions; his multifaceted brilliance, matched only by the melancholic beauty of his lyrics.

Despite his illness that night, Wilson made a statement of intent that the concert would be unique, but that his vocal contributions would be limited. He went on to confess that his music was depressing, and that the crowd would definitely have to be miserable to have paid to come and watch him that night. With that bit of wry humour he began the first of his two part set. The first part was essentially a complete live rendition of his album Hand. Cannot. Erase. He called upon his harmonic partner, the very talented Israeli singer Ninet Tayeb to fill in his parts as he himself fulfilled his guitar and synth duties. All the disappointment that had burdened the atmosphere in the theater vanished the moment Ninet delivered a flawless, breathtakingly powerful rendition of the title track. Screaming through the chorus at an octave above the usual, she dispelled all notions of mediocrity and quickly established herself in the adulation of the audience. She continued her class act – tackling pieces ranging in vocal difficulty – from the relatively easy Perfect Life to the rather complicated Ancestral. Steven himself took over the vocals for the less demanding songs (Home Invasion and Happy Returns) – choosing to alternate with Ninet on several occasions. The other members on the set were absolutely top notch- particularly the drummer, Craig Blundell, who, Steven revealed was only “slightly less sick than he was”. The brilliance of the instrumentalists stole the show particularly, during the drum and keyboard heavy pieces – Home Invasion and Routine #9.

The second part of the set comprised Wilson’s earlier work with Porcupine Tree, and some of his own. The lead guitarist, Dave Kilminster who had sung 3 Years Older in the previous set returned to the vocals for My Book of Regrets. Ninet delivered yet another mesmerizing piece – this time a Porcupine Tree classic – Don’t Hate Me, but her crowning achievement of the night came in the form of Sleep Together – which saw her unleash a stunning vocal duet with Wilson. Her voice reached heights of epic brilliance while the audience looked on in awe and wonder. It wouldn’t be too far from the truth if one were to contend that she effectively stole the limelight from Steven that evening. The other pieces in the set included Index and Vermillioncore – two of Wilson’s earlier works, both of which, much like the rest of the concert, had the Steven Wilson brand of eerie melancholia and pensive depression plastered all over.


While the set officially closed with Sleep Together, the encore saw Wilson arrange a tribute to the late David Bowie – something that has become a running feature in his current North American tour. Ninet took to the vocals for one last time, while Wilson strummed along to the iconic space / psychedelic classic, Space Oddity. Needless to say, it was received with huge applause from the audience. For the last act of the night he requested the crowd to accompany him along for one of Porcupine Tree’s most loved numbers – The Sound of Muzak from the 2002 album In Absentia. The crowd acquiesced. The result was an absolutely thunderous recreation that left many a mark on many a mind that night. Wilson may not have sung a word in that song, but he had made his intent clear enough. Progressive rock is much more than singing the songs out loud. It has more to do with the state of mind, and the musical epiphany that results therefrom. And in that, Steven had absolutely nailed it, and driven home his point with a poise that belied his present indisposition. 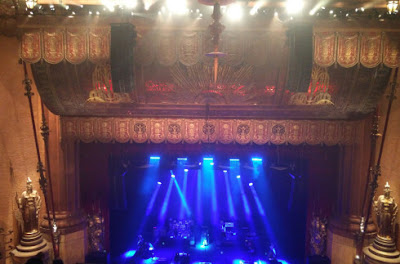 When one follows the meandering history of rock music in the 20th century, some names stand out more than others. This is not just owing to the oeuvre of work they created (though that certainly goes a long way) but also owing to the legacy they leave behind. Then there are the other names who didn’t quite make their effect felt in their time. Their music remained underground, only to be resuscitated much, much later by adoring audiences around the world. In spite of being largely eclipsed during their lifetimes, the influence they had in paving the path forward for rock music simply cannot be denied. Velvet Underground, and the enigmatic Lou Reed, for example, never achieved commercial success. But the legacy they left behind was monumental.

Broadly speaking, Steven Wilson has all the makings to be in the latter category. His music will never be considered “hip”. It will never hit the mainstream, nor will it ever feature high up on the Billboards. His voice will seldom be heard on popular radio. But even after years have passed –

after we’ve lost the skyline

we stepped right off the map

and let the clocks relapse,

… Steven Wilson will shine on like a star in the night sky. For his will be legacy that is timeless. A legacy that Nothing. Can. Erase.