A land of no Trust

With the advent of the Internet, as with the advent of all great technologies in the past, we have witnessed a slow, but noticeable transformation of our understanding of fundamental human and social values. That is not to say that our values themselves have changed - though I can understand people making claims otherwise - but the way we perceive, evaluate, and understand traditional values certainly seems to be evolving. 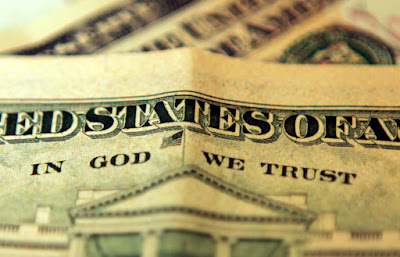 When we make an online purchase these days, we rarely think twice about the fact that we're buying a physical product without seeing it in front of us. We throw all caution to the wind and punch in our credit card details in online forms (that is of course, if the merchant doesn't possess our credit card details already). In the pre-Internet era, such an act of disclosing one's confidential financial information to an unknown entity would be considered unthinkable, naive, and foolish. However, the millions of people today who do it every hour points to a changing landscape of how we've changed our attitudes to things that we value, and continue to hold dear.

Thus, when we save our credit card information in Amazon or Walmart, we "trust" the respective corporations to not use it till we choose to buy something ourselves (though even that may change in the near future). This really isn't unlike the faith that we have in our banking institutions to ensure that our money is used correctly. In both cases, we choose to "trust" a central entity.

Let us consider a somewhat different scenario: how does one go about choosing a good place on Airbnb? Once we shortlist down to a few hosts, we take the final call based on price, location, and often most importantly, the reviews received by the hosts from other Airbnb users. Here again, we put faith in Airbnb, by trusting them to show us genuine reviews left behind by real people.

And indeed, it has worked. Airbnb has proved to be such a successful business model that it has made established hotel chains sit up and take notice. Apps like Uber and Lyft have had a similar effect in the ride-sharing industry.

In both the aforementioned cases, we have changed the ways in which we trust. We trust our Airbnb hosts to not be sociopaths by reading their reviews online. We trust our Uber drivers to not be inebriated while driving by looking at their ratings. This behaviour is but, a natural extension of our propensity to trust an online seller to send us something that we had only seen on a computer screen. This propensity is one, that two decades of e-commerce has helped us inculcate.

In October 2015, the Economist ran a cover story on what they called "the trust machine". It was about the blockchain, the technology underlying cryptocurrencies like the bitcoin. The story referred to the blockchain as "the great chain of being sure about things".

In the "online trust" landscape, the blockchain poses an interesting idea. Here, I choose to differ with the Economist's labelling it as a "trust machine" because I think that it goes way beyond what we perceive to be trust today. In fact, the blockchain threatens to disrupt this evolution of trust. It strikes at the very basis of the need for trust online and simply proclaims, "you don't need trust". Well, maybe not in so many words, but if one were to read the first few lines of Satoshi Nakamoto's bitcoin paper, it is made all but patently obvious. "What is needed," it reads, "is an electronic payment system based on cryptographic proof instead of trust, allowing any two willing parties to transact directly with each other without the need for a trusted third party" Notice how it uses the phrase, "instead of trust". And that is where things get interesting. While traditional internet applications have, over the years, tried to make it easier for us to "trust" online, the blockchain tries to do away with the concept of trust completely. At the very least, it tries to reduce the concept of trust to having faith in 1+1 being 2.

A lot of the blockchain rhetoric that we hear today is often bereft of the simple and basic ideas that underpin it in the first place. Sure, superficial blockchain evangelists wax lyrical about how its genius formulation bypasses the need of a central regulatory authority. Those who are a bit more in the know praise its economic innovation - that it provides a platform to generate an economic artefact that can work as both, an asset as well as an inflation-proof currency. But the broader idea that the blockchain really brings to the table is a new concept of trust - that is, if one can at all, call reliance on mathematical algorithms, trust.

A monetary transaction between two individuals, thus, no longer needs "trust" between them or in a third party, in order to be "valid". It is up to the unforgiving laws of mathematics to ensure that it is valid, and that's it. Going forward, it will be interesting to see how it percolates into our daily lives, if at all it does. And I must admit, outside of the bitcoin, things certainly do look pretty bleak for the blockchain. The DAO has bombed. The Ethereum is on a one-way ticket to hell (read my rant about it here). A number of other blockchain based ideas - though brilliantly conceived - might just be too little, too early - given the tempestuous state of the crypto-ecosystem right now. Arcade City - a novel ride-sharing app that tries to put drivers first, aims to run solely on the ethereum blockchain - using a new cryptocurrency called Arcade City Token (ARC). Wave wants to re-imagine international trade by redesigning the basics of supply chain on a blockchain. Onenname is trying to assemble all human identities on a blockchain. And this is of course, just a tiny peek into the beehive that is the blockchain startup community in 2016.

A lot of it is noise. Arcade City for example, has raised several concerns about its functioning. But notwithstanding the static, the hope for a signal, howsoever minute, is worth paying attention to. Because, if and when the blockchain does become big, we would have witnessed the erosion (probably not the extinction), of one of the most fundamental human values that binds societies together - trust. 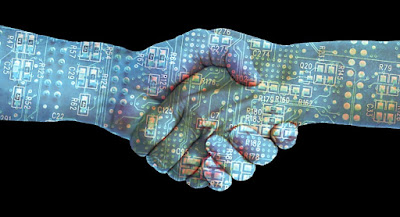