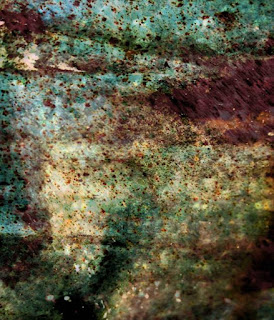 I write these things when I am bored with life. Though, I am working on my first ever story, which I wanted to put up. Giving in to my vacillating emotions, put this up instead.


The sun had kissed the snow clad peaks of the mountains yonder, with its all-pervasive beams slowly fading away into a beautiful shade of darkness. Surrendering, despite its incredible power, to the cycle of time. The sky, bewitchingly beautiful, like a cocktail, impeccably brewed by some over arching divine power. An exquisite shade of crimson seamlessly blending into a celestial azure that fused with the infinity that was one horizon.


Dusk, the harbinger of night, had arrived. The creatures of the night, would arise once more. Suddenly over one face of the earth, nature seemed to have lit up, with a blaze of glorious beauty, like never before. The constellations had risen. Glimmering down upon this breathtaking natural phenomenon with the multitude of diamonds they were home to.


And suddenly, they were blotted out. Towering clouds had taken their place. A remarkable and sudden transition. And then it poured. The water, from the heavens. A sweet drizzle, slowly transforming into a downpour. Washing the parched soil of the earth beneath. One mystic form of beauty giving way to another. As the rain fell, and the night darkened, the freshly watered earth emanated a fragrance ... sublime and refreshing, eclectically ecstatic, transcending all material barriers, into a realm of surrealism. Enchanting. Bewildering.


And suddenly, like a phoenix from the ashes, resurrecting all it stood for, with a flash of light, ripping through the dark canopy of the clouds, and lighting the earth once more, with all its glory. The sun had risen. Day had broken once more.The clouds had parted, and the magnificence of the sun's rays reached far and wide on the thirst quenched surface of the earth. An eloquent victory once more for the sun, and the light ... but for a short period only. For a fleeting instant on the celestial timescale.


The climax however was yet to occur. And it did, with all the splendor, that would do justice to this awe-inspiring phenomenon. Like an infinite cloth of multi colored  silk held in place by some unknown force, spanning from one horizon to the very tops of the snow clad mountains, it hung in the sky. Seven colors, all too vivid. Like streamers in some party going on in the heavens.

Roshmi Sinha said…
Also wondering... why you are missing-in-action from my blog...

Subhayan Mukerjee said…
@Roshmi really sorry. m actually a bit bogged down by meeting too many people and all ... then am leaving next week for a vacation ... shall catch up surely ... worry no :)
3 June 2010 at 09:32