The third side of the coin 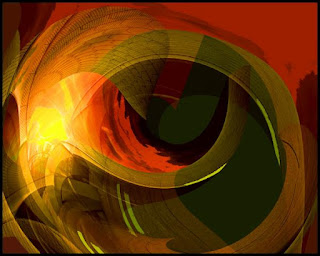 "Now you're looking for the secret. But you won't find it because of course, you're not really looking. You don't really want to work it out. You want to be fooled. "

There is a difference between just looking and looking correctly.When you just look, it's no more than a physical phenomenon ... immaculately described by a few laws of physics and made unnecessarily complicated by a large number of biology books. But what it essentially boils down to is ... the fact that it is understandable.

Looking correctly however is far from that. It is certainly not fully understandable. Nor is it defined in black and white by a few laws of physics. It, in fact, transcends all that the physical world stands for, and has to offer. Be it reason, rationale, human comprehension or laws. It borders upon vagueness, randomness; at times venturing into realms of surrealism; at other times, even boldly entering legends and myths.

Is it just a myth or is there room enough to speculate upon it's possibilities in reality? Surprisingly enough the discovery of the tuatara, the enigmatic reptile from New Zealand does prove that a third eye is very much possible. It's function however is not to look at things the way the two ordinary eyes do. In fact, it doesn't look at all. However it is proof that a third eye once existed on this creature before it fell prey to the time stained process of evolution. Shamelessly quoting wikipedia :

"The tuatara has a third eye on the top of its head called the parietal eye. It has its own lens, cornea, retina with rod-like structures, and degenerated nerve connection to the brain, suggesting it evolved from a real eye. The parietal eye is only visible in hatchlings, which have a translucent patch at the top centre of the skull." 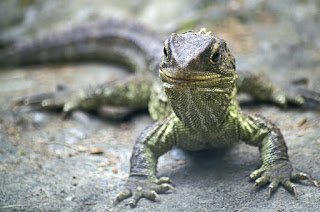 What this third eye did, how it functioned, before it sunk into layers of dormancy? Perhaps we will never know, perhaps we will never figure out. But yes, open to ideas? Always. Maybe this is what made them special, and helped them stay put on this planet since the Mesozoic era? Very aptly being branded as living fossils?

Was it just the power of visual perception or more that helped the third eye, make their bearers, the tuatara invincible to the ravishing evolutionary process that made many a species extinct? That gave them a perspective to this world that the two eyes never could?

Can we have that power ever? Or is it a lost art? Fit for the Gods only, and books of mythology perhaps?

Or maybe, we can gain it someday ... gain that perspective which will help us read between the lines that we actually read. Look at stuff the way others don't. Stare at something and know what it'll be like in the future.

In actuality it's just the perspective. The art of looking at the third side of the coin, that matters.
Email Post
Labels: geeky random thoughts

Indira Mukhopadhyay said…
you can also use your THIRD EYE like TUATARA to guess something and to see something special applying the laws of introspection!!!( in psychology it is called INTROSPECTIVE EYE SIGHT)