Five supercars that shook the planet

They have set a lot of adrenaline gushing. Many a heart fluttering. A lot of necks stiffening. And a lot of eyes popping. Not to mention, the elitist position they hold in the bleeding edge of engineering and technology.

Yes, it's them supercars that I allude to.

Over the years, supercars have referred to that niche of extreme vehicles which have consistently rewritten the rules of the automobile. In fact, the cult legends that they've become, they are an inspiration for manufacturers making family vehicles as well. They are ground breaking in innovation, exquisite in design and ... one thing they all have in common. They go from point A to point B quicker than anything else on the road.

While a comprehensive list of supercars will be as exhaustive upon completion, as it would be futile to actually complete, here is a personal selection of five of them (in chronological order of their first appearance), that quite literally turned the automobile planet upside down.

1. Porsche 911 (1963-present)
The Porsche 911 (nine-eleven), was far from a supercar when it first appeared. In fact, the concept of supercars was unheard of, back in the 60s. But as this car evolved into what it is today, it pretty much became the yardstick that other car makers aspired to aim for, while making a supercar.

But more so than the numbers, it is however, the legendary aura that this car has about itself that brings it into this list. It was ranked 5th in the "Car of the Century" international poll in 1999, and was one of only two in the top 5 that had remained continuously in production (the other was the Beetle).

The GT3  4.0 today costs INR 11,500,000. That too, minus the import taxes. So, if you want to possess one for yourself, you'd probably have to sell a few kidneys. But then so what. Who'd need kidneys if they have one of these? 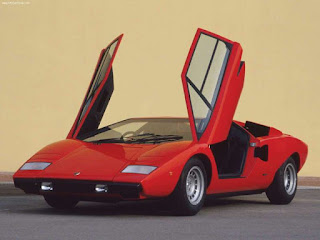 The Countach in fact, was the first true-blue supercar. Legend has it, that this was the vehicle that Darth Vader was destined to drive. This mean machine was everything that no one had ever imagined before.  It was sharper than a razor's edge. It was disastrously fast for its time, peaking at close to 290 kilometers an hour, and doing the 0-100 run in less than 7 seconds. And it looked like the Italian rendition of Medusa. In 1985, the Countach 5000QV cost $100,000.

Only 2042 Countachs were made, and sold. Too bad you cannot buy one now. Not that you would have bought one back then either, eh? 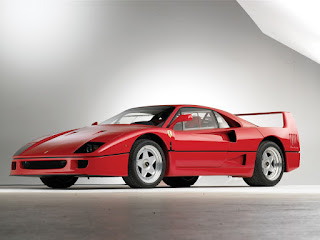 Enzo Ferrari was 90 years old when he decided to build the F40. The late 80s-early 90s were a time when Ferrari was losing much of its status and ground to its arch rival Porsche, who had come up with the new 959. The 959 was the most technologically advanced car in that era, and Ferrari needed something desperate to reclaim lost ground.

The F40 did that. And more. It was a car built solely to perform. It had absolutely no creature comforts - not even an air-con or a stereo system. But was made using the latest in manufacturing technology, viz carbon fiber and Kevlar, revolutionary materials, a couple of decades back or so. Also, all panels were made using aluminium to reduce weight.

In the end it showed. It looked like car built for a purpose. To chase down Porsche and prove to the world what the Italian prancing horse was capable of. Not surprisingly, this was the first production car to cross the 200 miles an hour speed record. 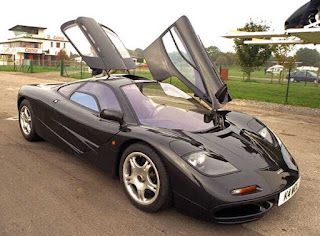 If the other supercars listed in this post are legendary, the McLaren F1 is so much more than that. In 1994, the British auto magazine Autocar wrote that "The McLaren F1 is the finest driving machine yet built for the public road." and that "The F1 will be remembered as one of the great events in the history of the car, and it may possibly be the fastest production road car the world will ever see."

It almost was. It held the record for the fastest production car in the world for more than a decade. It did 0-100 kilometers an hour in less than three seconds and maxed out in excess of 360. It changed people's notions about supercars, and dropped a few million jaws worldwide. And it cost in excess of a million dollars.

For, quite simply put. This wasn't a car. This was a phenomenon. 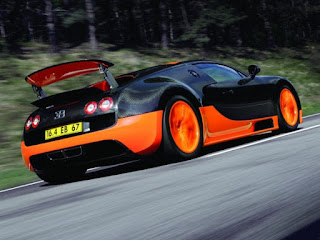 This is again, not just a car. On the contrary, this is mathematics. Pure mathematics. Bugatti opted to play the numbers game, and yes, they succeeded darn well. As it stands today, the Veyron SuperSport is the fastest road-going vehicle ever built, doing the 0-100 run in a staggering two-and-a-half-seconds. Yes, you read that right, and by the time you would have finished reading this statement, the Veyron SS would happily be soaring in the realms surrounding 250 kilometers and hour. Flat out, it reaches a record 431 kilometers an hour. What is even staggering, is that it achieves all this, while weighing close to two metric tons! Indeed.

At the heart of this abomination, is a supercharged 8 liter W16. You read that right again. Remember, the 911? That was a flat-6. This is a W16! It's got 16 cylinders, which pump up and down to produce no less than 1200 horsepower. Yes, it's a hairy numbers game going on here, and the Veyron knows its math.

Oh and if only that were all. The Bugatti Veyron is also the most expensive car on the planet today, the base price of the SuperSport being close to €2 million. Which translates to 128,230,118 in INR, minus the taxes. In case you aren't aware, the Veyron is available in our country as well. And to get this one, even your own kidneys won't do. You'd probably have to take the ghost of John Lennon hostage and then charge this as ransom.

That was the top 5 supercars. There are however a few others that deserve special mention. Here they are : 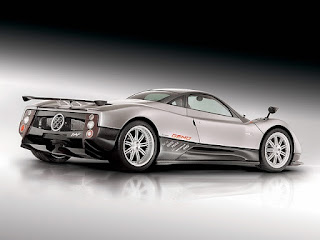 #1 Pagani Zonda (1999-2011) - Ridiculously low and wide, Horacio Pagani's creation exploded into the automotive arena at the turn of the millennium, and made every Ferrari, every Lamborghini and every Porsche look staid. This was a 600 horsepower no-nonsense, in your face, machine, that could well do in excess of 340 kilometers an hour. And yes, it cost close to $800,000. 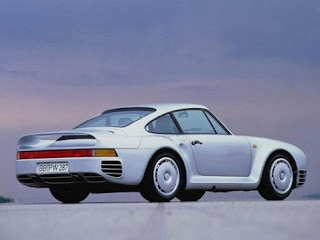 #2 Porsche 959 (1986-1989) - the most technologically advanced car in its age, that forced Ferrari to come up with the F40, this German beauty boasted of adjustable ride height, never seen before all-wheel-drive technology and a host of other features. Also, when it was first released in 1986, it was the fastest road going car (it peaked at 315 kilometers per hour) till the F40 took over. Unfortunately, as with all the entries here, it cost a fortune. 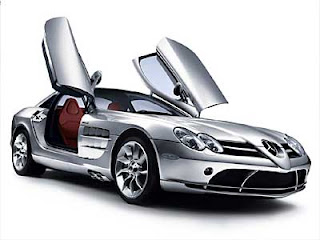 #3 Mercedes Benz SLR McLaren (2003-2010) - If one supercar deserves mention, solely owing to its looks, then it would be this. The drop-dead gorgeous SLR, jointly developed by Mercedes Benz and McLaren was a hugely successful sports car and it continues to inspire car designers today. And no, it wasn't just supercar looks. It had the figures too. 0-100 in less than 4 and a top speed of more than 330 kilometers an hour. Suave? Definitely. 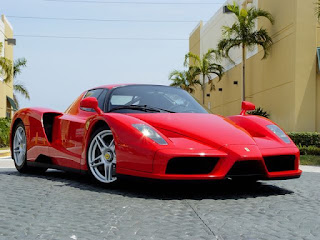 #4 Ferrari Enzo (2002-2004) - Named after the founder of the prancing horse, the Enzo was the closest simulation to Formula 1 that one could do. A supercar through and through, with blistering numbers to boot (0-100 in less than 4 and top speed, upwards of 350) this cutting edge mean machine had incredible driving dynamics and was loaded with tech, to the point it seemed to be a work of science fiction. Only 400 were built. 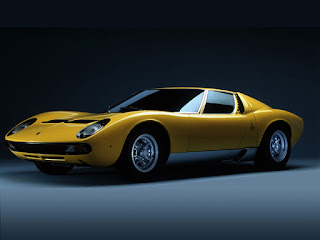 #5 Lamborghini Miura (1966-1972) - this wasn't technically a supercar. The Miura was to the supercar, what Led Zeppelin was to heavy metal. a precursor, more than a harbinger. One of the most beautiful cars ever designed by man, the Miura was powered by a V12, that took it all the way to a top speed of 270 kilometers an hour. Sounds low? Put that stat beside 1968 and you'll see how insane that looks.


So that was that. Of course, the list is far from complete. Forgive me for not including the Lamborghini Murcielago, the Porsche Carrera GT, the Koenegsseg CC and the Mercedes Benz SLS AMG and a host of others. Also, I did not include the brand new additions to the supercar market, because it is still too early to feature them in a "greatest ever" list. These include the Pagani Huayra, the Koenegsseg Agera, the McLaren MP-4 12C, the Lamborghini Aventador and a few others.

Hope you enjoyed reading this. Personally, this was my favourite blog post. Suggestions welcome!

my all time fav. bugatti veyron!!!