what did I see yesterday?


was it the real life? was it just fantasy?

My head still reels when I think of all that I witnessed in the past three days. The colours! The speed! The sounds!

It all felt vaguely disorienting. The whole spectacle. I couldn't bring myself to terms with the fact that I had just watched a live Formula 1 Grand Prix. When had I, even a year back thought that I would be watching one so soon? Agreed, the hype surrounding an Indian GP had been floating around for quite sometime. But then again, the fact that this is India had given me enough doubts and riddled all my hopes with ample skepticism. ( which I'm sure Metallica fans in Delhi and around will understand :P )

I look back at the whirlwind that was the past one weekend, and I feel blessed to have lived though it all. The cars, the drivers, the circuit, the stands. The entire atmosphere was unlike anything I had ever witnessed in my entire life. Electric. Pulsating. Enervating.

It was the sort of thing that takes one by the scruff of his neck and thrusts him face first into a concoction of sheer epicness. You know when it's over. You feel a void. Life seems weird after that. Which is exactly what it seems like, right now. The deafening roar of a combined 7000+ horsepower still rings in my ears. I twitch at the slightest of the whirring sounds that I hear. My mind still latches on to the sight of Formula 1 cars flying in front of my eyes. I still hear the cheer of hundreds of thousands of eager spectators resounding all around me.

There is a certain factor that makes Formula 1 grand. A certain thing that makes it stand out from all other races that happen year around. Having seen a Formula 1 grand prix now, and some random lower  order Formula league racing on the same track one after the other, I realise how marked the difference is. The random-lower-order-Formula race had colourful open wheeled, single-cockpit vehicles running all around the track, just like the F-1 race, making the sort of noise that the generic racing car makes.

But the difference in F-1 is so apparent. It is audibly, visibly and in all other aspects, so very different. The sound of the 300 horsepower naturally aspirated F-1 V8 engine, when it revs, is akin to that of a MiG 21 that has just taken off. You can trust me, because I have heard both. It's outlandish. Incredible.

And if the sound of the F-1 engine is outlandish when it revs, can you imagine the sound of the gear shifts as the car brakes? I have actually run out of adjectives and metaphors now to describe how the whole thing feels like (which is something). It is, to repeat something that I've already stated, quite unlike anything that I've seen or heard till date.

And it wasn't just the race! If you did go for the race and if you did miss out on the driver's parade which happened an hour and a half before the race, you, my dear sir, must take a leap into the nearest well. Because that provided an exquisite starter for the excitement that was to follow. A convoy of some of the finest old vintage cars, showcasing the iconic history of motorsports that India once had, did one lap around the track. Each of the cars had one F-1 driver in it, each one of whom was greeted with resounding applause from the grand stands. I personally was moved to tears when I saw a helmet-less Michael Schumacher and then a cheery Fernando Alonso waving at us from a Rolls Royce Phantom I. 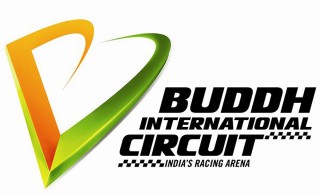 And the venue! The Jaypee group and the Budh International Circuit dispelled all notions that India isn't capable of organizing a world-class event, and that too in the most consummate manner. 5.14 kilometers of raw adrenaline gushing exhilaration, complete with huge elevation changes, blitzkrieg straights, curves and hair pin bends: the track was as advanced as any other established International circuit, and interestingly, also happens to be the second fastest F-1 circuit in the world today. Sitting in the Classic Stand 2 East Zone, which luckily proved to be the most happening part of the circuit, I could hardly believe my eyes as they followed Felippe Massa's scarlet Ferrari round a curve and then straight into the fences during Saturday qualifying. I could hardly believe that I had seen an actual F-1 collision, that too, between the likes of Lewis Hamilton and Massa.

And Sebastien Vettel! What a perfect weekend for him! Pole Position on Saturday, fastest lap on Sunday, leading through all the 60 laps and finally emerging triumphant after hundred minutes of non-stop action. Kudos indeed, young German, you totally deserved it! 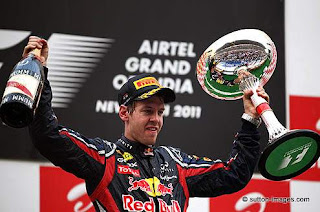 My rambling could go on, so I must stop now. I shall put up pics on my Picassa albums soon, and then link them here, so do come back. Agreed they aren't much, but to me, they are some real precious memories.

Till then people. The chequered flag waves. 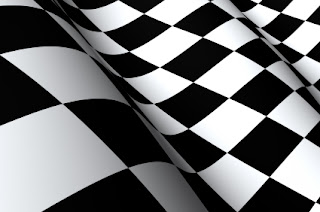