This article was published in the June 2012 issue of Linux For You,

It reflects on how open source is the natural outcome of, and fits in so well with, theglobal software ecosystem, which includes the Internet and the World Wide Web.
- 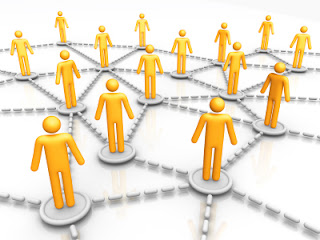 I shall begin by explaining what this article is not.

This article is not something technical. It is not a tutorial. It does not have lines and lines of code. It is not a set of tips on how to get something done. While I have absolutely nothing against the aforementioned types of articles and I have immense respect for the writers for writing the same and helping newbies like me learn new stuff, I am just not experienced enough to write such things yet.

But I am, nevertheless, an open source fanatic, a lover of all things Linux, and I have, over the past few years developed a certain understanding of a certain bigger picture that the whole concept of open source implies. This understanding is what this article is about.

Before we talk about open source, I’d like to generalise the concept of openness, by bringing into our discussion, an open system. If you check up on Wikipedia, you won’t get any results on open systems in the context that I refer to them. You’ll find a host of search results, in the fields of Computing, Systems Theory, Control Theory and a whole lot of others. None of them are the open system that I refer to. However, there are similarities between my open system and all the open systems featured there.

The finest example of such a system is Wikipedia. It isn’t difficult to figure out what the community is in its case; it is the whole human population. There are millions of people who use Wikipedia every single day - they blindly use the information in Wikipedia for their daily needs and activities. The millions of people who use Wikipedia form the user-fraction of the community, the fraction that trusts Wikipedia and has faith in it - which is why they use it. Again, the exact same community has people; hundreds, thousands of them who actively maintain Wikipedia. These include the authors, editors, donors because of whom Wikipedia manages to exist. And grow.

This community of Wikipedia ensures that the dynamism of the system is maintained, that errors are removed, and that information is up to date. This community, thus, helps Wikipedia to survive.

I now jump to the next keyword - information.

Pointless as the question might seem, what is information? Simply put, it is an organised collection of facts and figures. The important thing about information is that it needs to be dynamic, otherwise it is of no use. This is a crucial point that I wish to stress upon - that static information is almost as useful as a snooze button is, on a smoke alarm. It can even prove to be dangerous, if not passively useless. Which is why, information needs to be dynamic. It needs to flow. And it should flow without hindrance, within a system. Any disruption of information dissipation can create imbalances within the system and this can adversely affect the system. The reason for this will become clear after I discuss the next big topic here, which is self-learning systems.