It is a tradition in the English Press Club for the senior-most members to write one last article for the campus newsletter, The Fine Print before they leave the campus, once and for all. The following was mine, which was published yesterday viz 25th April 2013.

The biggest block that the Press Club people face during their entire time in this club is when they begin to write their psenti articles. I’ve heard this being repeated over and over again, during the past eight semesters that I’ve spent in this place and I’ve always found it slightly funny. The sheer might of the psenti article has been considered enormous; because it has managed to arrest the creativity and thought flow of even the most prolific writers that this club has had over the ages.

Today, when faced with the same task, I feel humbled and a tad bit embarrassed. There are a million things I could write now. But it seems a gargantuan task, to actually channel them all properly and put them down in some coherent manner; it almost seems impossible. Much like a wilderness of thoughts, stifled by a constipation of expression.

Notwithstanding the inherent irony of my situation, let me try and begin with a subject that is central to our existence at this moment: our college.

BITS Pilani, during my first (or even second) year, had been a constant source of inspiration for my wide eyed and confused self. There was something about the name that had, right from the time I had taken admission, never failed to fill me with pride. In fact, it still does.

But is it the same today? Do I feel the exact same way that I had felt when I had first stepped inside this campus? In some ways, yes; in some other ways, no. Yes, it’s given me some of the best friends and memories of my life, which I’m immensely proud of - which I shall treasure for the rest of my days. I’ve seen my batch-mates taste sweet success in what they’ve done - be it with disciplining a rowdy bunch of mess workers, or building a racing car from scratch, or managing the finances of our fests - and I’ve been inspired by all that they’ve done and achieved. In fact I have never met a person here, so ignorant that I couldn't learn something from him. But then again, there have been times when I’ve stood disappointed and completely at odds with what the system seemed to be throwing at me; and those were times when my erstwhile unwavering faith in this place seemed to have taken a dip.

True, I was at fault too, and howsoever I might try to deny it, deep inside I still wish I could go back in time and make a few amends. But then, experience is like a comb, that life gives you only when you’re bald. Which means, you simply cannot part with it; and these four years have been instrumental in helping me in realising the same; in realising that in the sinusoidal curve of life, you learn from the troughs, but only once you're back up on the crest again.

Four years in college is a long time. And there are broadly two ways of approaching it. You can consider college life to be a handwritten book and you would do well by starting from the beginning, reading every line till the very end. Would you be happy? Yes, because you have
done what had been expected of you, and you've stuck to the right way of reading a book.
The other approach is to try and do something different. You could hold up every page against a light bulb to see if there's anything written in invisible ink. It's not something that one would normally do with a book, and in most cases there will be nothing written in invisible ink. Thus, you would merely have wasted your time. But in the rare case that there is, that some one had actually taken the pains to write things down, only for the person who decides to hold it up against a light bulb to read, it would be worth it. In other words, the unconventional path is at times worth taking. It rarely makes you the usual happy, but when it does, it spawns a unique form of happiness.

All that said, yes. A sizable part of me will miss this place - the countless moments spent in the wing; the weekends spent watching F1 in the common room; and not to mention the gamut of colour that the Press Club has added to my life. But yet another part, albeit smaller, will be happy to leave this place. Because while some things are best experienced as they happen, some other things are better experienced by looking back at them; and the past four years happen to be such.

Here's Shoo. Signing off, for one last time. 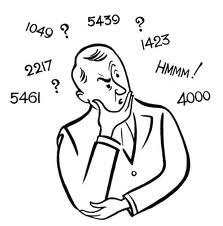