Let's accept it, the one reason most Linux users stick to having a dual-boot system is because of Microsoft's unparalleled Office suite, which unfortunately is still not available for Linux today. However, that doesn't seem to be the case anymore.

Say hello to WPS Office, and believe it or not, it looks and feels exactly like MS Office! And the best bit? It's available for Linux in a neatly packaged Debian file that you can download right now and install.

True, it's still in Beta mode, and the default language in it is Chinese, but a few tweaks here and there, and you can say goodbye to those problems.

Here are some screenshots that I took after installing the same on my Ubuntu 12.10. 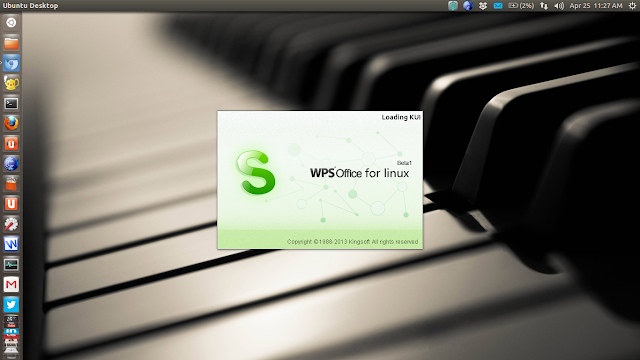 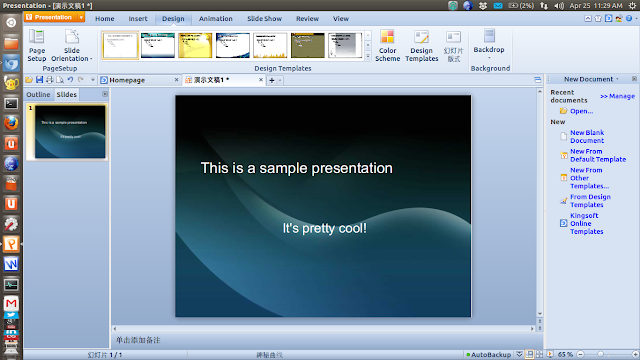 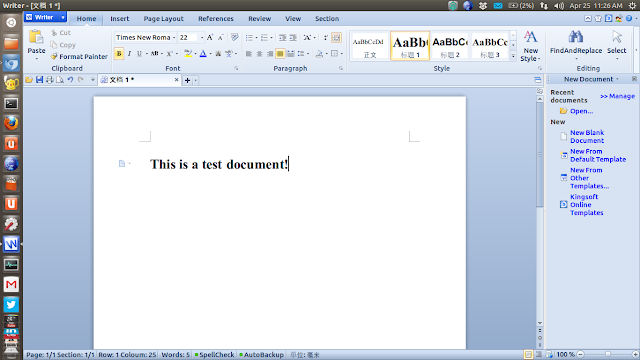 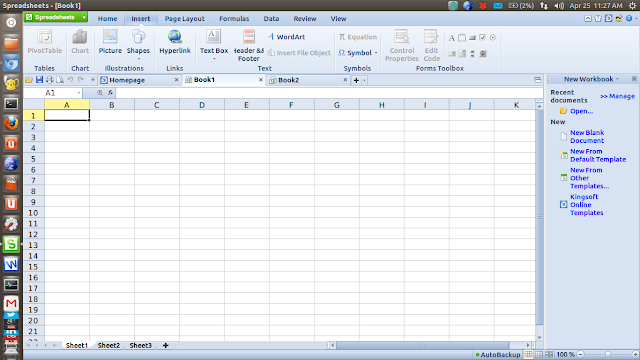 In fact, WPS Office has a few nifty features that even MS Office lacks - the foremost of them being the ability to open multiple documents, spreadsheets and presentations in tabs. Moreover, the UI is completely customisable - the default one being the default MS Office ribbon UI. For those who like the previous menu-centered MS Office UI can change to the same with the click of a button.

So here's how you get started.
WPS Office is still in development mode and this is an unstable release so there will be bugs here and there. In fact, some dialog boxes still show up in Chinese, but that shouldn't be a problem because the interface and options are quite intuitive.

Let me know what you think of WPS Office and whether it's a good match for MS Office or not in comment. I for one, can't wait for a stable release of the same and for a future integration with Ubuntu, if and when it happens.
Email Post
Labels: Linux ubuntu
Location: Birla Institute of Technology and Science, Pilani, Rajasthan 333031, India

Prof Prithwis Mukerjee said…
Chinese ? Is it open source ? If not, it could be a trojan carrying a malicious payload
25 April 2013 at 05:57