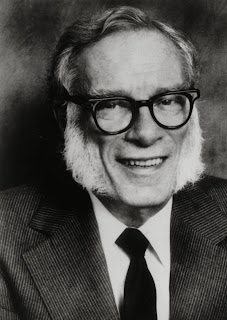 When Isaac Asimov, the great science fiction writer paid a visit to the New York World's Fair of 1964, he asked himself one simple question -

"The scenes, set in or about 1900, 1920, 1940 and 1960, show the advances of electrical appliances and the changes they are bringing to living. I enjoyed it hugely and only regretted that they had not carried the scenes into the future. What will life be like, say, in 2014 A.D., 50 years from now?

In an answer to this question, Asimov wrote an essay titled "Visit to the World's Fair of 2014". In this essay (the aforementioned excerpt is taken from the same), he envisioned the evolution of technology in the fifty years leading up to 2014, and gave some stunning insights into how the world would have changed in that period.

I have always been an avid fan of Asimov's writings. His science fiction has consistently been as close to "literally mind blowing", as science fiction can get. Thus, when I came across this essay of his, I decided to run through it with a clear mind, and try to see how many of his predictions have actually been realised (or, are close to realisation) today. The results were, needless to say, incredibly impressive.

First up, he's begun with some trivial stuff, which are pretty accurate - about electroluminescent panels for walls and ceiling. Though they aren't as widespread today as he foretold they would be, they do exist, and can even be bought off the Internet. Then, he writes about glass whose "degree of opacity ... may even be made to alter automatically in accordance with the intensity of the light falling upon it". That's photo-chromatic lenses right there, defined as is.

Though some of his ideas seem a bit too far fetched, even by today's standards, the sheer accuracy of some of his statements is simply uncanny. Here are some examples -

"Robots will neither be common nor very good in 2014, but they will be in existence."

"Much effort will be put into the designing of vehicles with "Robot-brains" - vehicles that can be set for particular destinations and that will then proceed there without interference by the slow reflexes of a human driver." (Google's self driving cars, anybody?)

"Communications will become sight-sound and you will see as well as hear the person you telephone. The screen can be used not only to see the people you call but also for studying documents and photographs and reading passages from books." (That's pretty much what video conferencing (with screen-share and remote desktop access) really is, isn't it?)

"... by 2014, only unmanned ships will have landed on Mars, though a manned expedition will be in the works." (Spot on!)

"As for television, wall screens will have replaced the ordinary set; but transparent cubes will be making their appearance in which three-dimensional viewing will be possible. In fact, one popular exhibit at the 2014 World's Fair will be such a 3-D TV" (3D TVs. Check.)

"There are only two general ways of preventing this[the population explosion]: (1) raise the death rate; (2) lower the birth rate. Undoubtedly, the world of A>D. 2014 will have agreed on the latter method. Indeed, the increasing use of mechanical devices to replace failing hearts and kidneys, and repair stiffening arteries and breaking nerves will have cut the death rate still further and have lifted the life expectancy in some parts of the world to age 85." (42 out of 193 countries have a life expectancy of ~80-85 today. Source.)

"Schools will have to be oriented in this direction [of increasing automation]. Part of the General Electric exhibit today consists of a school of the future in which such present realities as closed-circuit TV and programmed tapes aid the teaching process." (MOOC services like Coursera, EdX and Udacity, do indeed use the equivalent of "programmed tapes" to aid the teaching process. :-) )

"All the high-school students will be taught the fundamentals of computer technology, will become proficient in binary arithmetic and will be trained to perfection in the use of the computer languages that will have developed out of those like the contemporary "Fortran"" (Bingo!)

"Even so, mankind will suffer badly from the disease of boredom, a disease spreading more widely each year and growing in intensity. This will have serious mental, emotional and sociological consequences, and I dare say that psychiatry will be far and away the most important medical specialty in 2014."

I've never really doubted Asimov's intellect and his general level of scientific awareness. But, the sheer clairvoyance of this essay just helps to increase my faith in him as not just a science-fiction writer, but as a futurist, and one of the foremost thought leaders of the 20th century.

Yes, sir, Isaac Asimov. You have passed this test with flying colours. 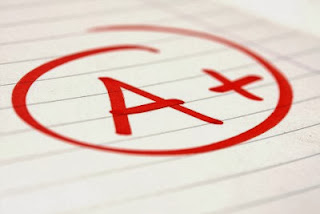