The World Wrestling Entertainment (erstwhile World Wrestling Federation) had given me my share of corny, make-believe, and yes, comical entertainment during my primary and middle school years. During high school I assumed that I had grown out of it, and hence gave up on the habit of following this ridiculous spectacle. 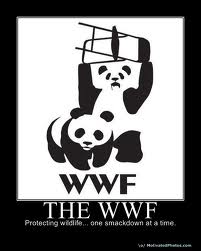 And then came college. Along with all of its associated idiosyncrasies. Revival of WWE enthusiasm being one of them. Thanks to DC++ I have (buries head in shame) a few GBs of WWE in my hard drive. And though I view it from a completely different perspective now, it sure is a lot cornier than what I had assumed it to be.

But all said, it's fun watching these big men and criticizing them as well. Rey Mysterio's aerial feats. The Undertaker executing a Chokeslam. A Brock Lesnar superplex. The divas (oh yes!) and of course, the off-the-ring dramatics as well.

Howver if you are the WWE fanatic, who has idols of John Cena kept in his cupboard which you bring out every night and kiss yourself to sleep ... I really don't know what to say.

Wrapping up with some light humour. 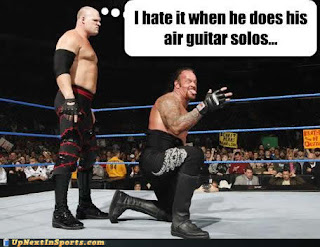 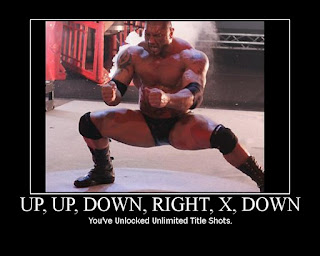 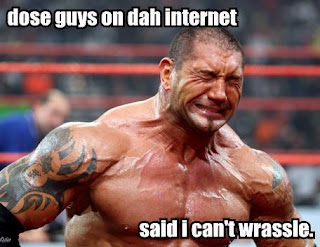 Calcutta said…
not a sport. only entertainment for those so inclined
30 December 2010 at 03:13