That is actually what this post is. It has some random and totally unrelated things, off the top of my mind put in one place. Without further ado, here goes:

One, I have my very own domain name now. Thanks to my uber-awesome mum and dad, they gifted me with the best possible long distance birthday gift possible viz, a .com domain, www.subhayan.com. Yes, you heard that right. So now, blog.subhayan.com will actually take you to what was (and still is), wrahoolwrites.blogspot.com.

I shall do a this. 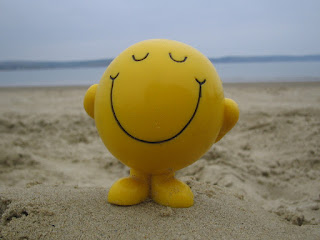 Two, Durga Puja, and how epically awesome it was here in Pilani. Boy, oh boy, I miss those five days so much now. Therefore,

Three, the Computer Science Association of BITS Pilani just pulled off a pretty awesome weekend full of events last to last week. Why do I put it on my blog? Because I am the coordinator for CSA and yeah, it felt pretty satisfactory after it ended. It was called The Codestock Festival, and it had five components. There was a programming event in the esoteric language called Whitespace; there was a Project Orientation by the CSA Project Forum for our tech fest next semester; there was a Treasure Hunt that made teams run around campus in pursuit of answers to cryptic clues; there was a webdee event too, that pitched html, css, and a whole lot of web development skills of the contestants in one arena. Lastly, there was a grueling coding event hosted on SPOJ with problems set by some of the brightest coders on campus. All in all, it was great fun and I'd like to thank the whole CSA team, without whom this would never been possible.

Next I move into deeper stuff. I guess this is how you rant when you get old (which I can safely assume myself to be, given that I turned 21 yesterday).

Fake education here in India. After a pretty much one-sided GTalk session with one of my friends yesterday (needless to say, I was the one doing the talking) I managed to consolidate several fragments of an observation that I had been making ever since my third year in college has begun. All of these fragments when put in perspective, seem to imply that the education that we get here in India is, to put it simply, fake. We enter premium institutes after our +2: be it IITs, be it BITS or any other engineering college for that matter. We graduate with BTech's and BE's, and get labelled an engineer.

The answer is pretty disheartening. I know for a fact that in my batch, the fraction of students who wish to pursue their discipline is small. The overwhelming majority is either composed of the ones who pine for the coveted MBA from an IIM or long to get a job the moment they step out of college.

First, an MBA. The moment you take admission to an MBA course, your entire engineering knowledge is rendered null and void. Save for the rare exceptions who wish to come back to the educational line in the future. Why then, (I use the word 'fashionably' here), 'fashionably' take up Science in your +2? Why then, spend sleepless nights and rote and sweat out for two years for taking an admission into an engineering college? Would you not take then, something like Economics, or say, Commerce and spend an easier life and then do a BCom degree if you really want to do an MBA later on? What is all that BTech knowledge giving you? How is all that hard work for getting into an engineering college paying off?

It isn't! It's futile, pointless and useless!

The second option, getting a job. This I can agree to, there being people who need to start earning as quickly as possible for a variety of reasons. But then again, why is it, that the most desired job in an engineering college like BITS is one where they pay you loads of money to manage people? Why is it, that some of the most wanted jobs require you to not use your engineering knowledge?

Is it just the students themselves or is something actually wrong with our system?

I met some alumni a few days back here on campus. Not surprisingly, out of eight, only one of them, was still in the technical line. This certain person, was a professor at the UIUC, and was happy with whatever he was doing. The rest were (of course, they were all happy with whatever they were doing), but they were all spread over different sectors and had left the technical line, long back. There was this one banker, who was the COO of HSBC London (impressive indeed) and there was someone else who was doing some big things in Singapore.

But the question remains, did he really need to go through BITS to do all of that? Most of them had been through an IIM, so wouldn't it have been simpler to just take BCom and then clear the CAT? Oh, don't tell me, that your BE courses helped you in CAT, I am definitely not buying that.

The thing I guess, that makes it different here from abroad (say in a US engineering college, where people graduate with their BTech's or equivalent and then enter research) is the whole system of education here. We don't study because we like to study. We don't enter IITs or BITS because we want to do engineering, but because we know, when we come out, we'll get a good job or if not, we'll do an MBA and then use the IIT-IIM tag to surely get a good job and then make it big as some corporate hotshot.

Consider the courses that are taught here in our college. Actually, no. Don't consider the courses. Instead concentrate on how they're taught. I, in the middle of my math courses, and having a tough job trying to reconcile my mind to study Group Theory on my birthday, can vouch for the fact that these are brilliant courses! Hell! I like my courses! I do not get marks in tests, fine! But I like studying Real Analysis! I like Topology!

But yes, the way they are taught, that is what I have problems with. Attending classes hasn't helped me, and the only bit of knowledge that I have about my courses, is owing to me waging a patient psychological warfare with the authors of my text books. Sometimes, when I understand small things, like Proving that the Cantor Set is uncountable or Permutation Groups,  I actually smile to myself! Yes, I like understanding courses, and hence I do not want to waste all this knowledge in the future!

I do not know what to say now. I have no idea where destiny shall take me. I have too many things bubbling in my mind. I shall end with forty-five seconds of silence for the Adam who ate the forbidden fruit and died of pancreatic cancer, and fifteen seconds for the Mumbai Indians who won the Champions League Twenty20. Yes, it's that sad.

Actually, so am I.

Neetha said…
A lot of what you've said is true. It is sad to see that a lot of people opt for engineering/medicine just for job security.
But then there are people who opt for it because they think they know what it is about. They think, because they did really well in science at school, engineering is the natural path for them.
But that isn't true. There are various ways to excel at school. You might not necessarily understand the concept, or you may just get it. Either way, the way you study do not reinforce the basics as it should be.
This comes down to India's crappy education system again. A lot of teachers teach in such a way that the student would get how to solve taught questions for exams but not in a way they will understand the practical implication. The change to college will be too drastic a change for the student to catch up on, and the once very interested student will lose focus and go for these alternate career paths.
10 October 2011 at 13:45

Unknown said…
Why is going to Engg. school and then going to business school wrong? Maybe I just like to work hard? Engg. is harder than the other courses, so I take it to prove to myself that I can work that hard? Its a farcical reason of course, but why do you have a problem with engineers becoming managers? Why do you not pine when Math, Philosophy, History majors do not go on to do research (Trust me, greater percentage of that happening)?

"Oh, don't tell me, that your BE courses helped you in CAT, I am definitely not buying that." Really? Engineers form the largest portion of entering classes at IIM and IAS. I think that there is something that engineering teaches you that encourages success in competitive examinations. Even if it is the frequent exams.. If you say its selection bias (All the smartest kids are engineers so they crack all the exams) are you saying people who get 100% marks to get into DU aren't smart?

Also, this pattern also holds in the US: http://www.hbs.edu/mba/admissions/class-statistics/
It even holds at Yale, from my personal experience.

Given this, for a prospective MBA, I would choose engineering for my bachelors. Wouldn't you?
11 October 2011 at 22:40

Harsh said…
You said "The moment you take admission to an MBA course, your entire engineering knowledge is rendered null and void" ... I would beg to differ on that point ... Nothing that you learn is rendered useless at any point of time ... Especially the technical degree ... You might not utilize it to its fullest potential (like you would have done had you been in core technical field) but to say that it's rendered completely void is not true ...

Further even when you move in a technical line, one day or the other you will progress to the post of a project manager ... But still the technical knowledge is not rendered useless at that post or is it?? .. Being an MBA too, you get to that post in a relatively shorter time span ..

I do agree that by switching the field the knowledge is not utilized to the core, but then everyone is not as passionate towards engineering ... And trust me most of them discover this fact in the final or pre final year of their course and that is when they decide to switch fields ... Better be a good manager than a bad engineer ... ;) ;)
16 October 2011 at 06:41

Waterstone said…
I wish I had long words to fill in the comments as your article. I agree with your words. Its amazing how they could turn something as important and interesting as Theory of Computation, which forms the core of CS into something as interesting as Twilight.
Recently my COP instructor was telling me about his college days, where they didnt have proper profs and the papers were set by external profs. This made every student properly research and study the course on his own. The outcome being that it had got a considerable amount of students interested in research.
17 October 2011 at 05:54