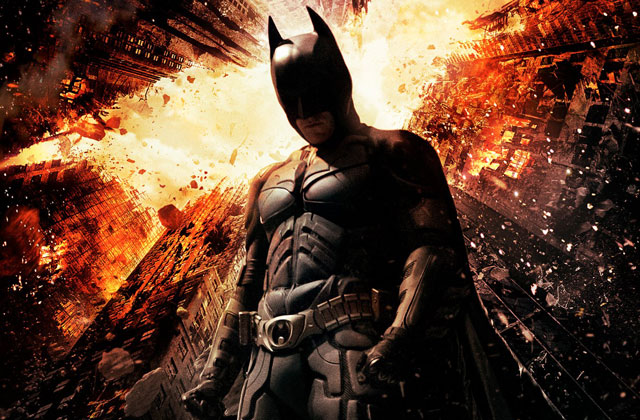 This post is what its title claims it to be. A precise, unbiased and a thoroughly honest review of what was clearly the most anticipated offering from Hollywood this year.

How am I so sure that this is? Mainly because of two reasons. One, I am definitely not a Batman fan-boy, so I did not ignore plot holes and fallacies which I clearly remember choosing to do while sitting through the last Harry Potter installment. Two, I had heard a lot of both, positive and negative reviews from a host of other people and I had them all playing in my mind during the 3 hours. I thus watched the movie from what was a rather mixed perspective - composed of skepticism and faith in equal measure, and this is the reason why I hope the review is honest and unbiased.

And oh, huge spoilers follow. So tread at your own risk

On an absolute scale, the story was good. Not just good, it was quite brilliant. It had all the required moments, evoked all the right feelings, had the right twists in the right places. It soared high above the average action thriller and had several entertaining sequences which were masterfully crafted. I quite liked it actually. But then, put the story in the context of the Batman trilogy, and all goodness seems to vanish just as quickly. Blame Nolan for the monumental standards he had set in the Dark Knight but simply put, this was the worst storyline in the entire series.

Plotholes were glaring, from the very beginning (how did the huge Boeing 747 loom up suddenly above the CIA aircraft - Without showing up on radar even?), to the Wall Street heist (why were the transactions not reversed after the emergency had passed? Where did the dirt bikes come from?) right up to Bruce Wayne's entire escape sequence from Ra's Ul Ghul's prison. And not to mention Blake knowing that Bruce Wayne was Batman. The movie would have been good despite the fallacies had it not been a Christopher Nolan offering. But given that it was, it was a big disappointment.

This was an even bigger letdown. Look, I'm not saying the movie was bad. It was very good. But, as I keep reiterating, you just don't expect things like this from someone who has given us Memento, The Prestige and Inception.

The Dark Knight Rises, would have ideally gone on to be a four hour movie had Nolan kept the story natural. The time cap introduced by the nuclear bomb, not only made the plot contrived, it also made the 'race against time sequence' extremely cliched. I mean, duh. This is Nolan for Christ's sake. If you need a time bomb (and a very shoddy one at that) to wrap up the story quickly it is not a good sign!

Forgive me if I sound too skeptical but there was not one memorable character in the entire movie. I won't say the same thing about the performance of the cast however, because it was honestly very good. Anne Hathaway sparkled, and Michael Caine was at his bloody best. And while it wasn't Christian Bale's best performance, he did manage to pull off proceedings quite well.

Despite the star studded cast, what the movie really lacked was character development. In the beginning when you think that Bane is the main villain - it actually makes you wonder whether this is the same franchise that has given us the Joker. Later, when the truth about Miranda Tate is revealed, the little that the character of Bane had developed in the past couple of hours gets instantly dashed to pieces. So now, we have a new criminal mastermind, which is a neat twist in the plot, but doesn't bode well for the overall cinematic experience at all. A diabolical villain with stunning character revelations, is a centerpiece of all such epic franchises (examples abound : Darth Vader, Sauron, Lord Voldemort, Davy Jones, the Joker) and this is one area where The Dark Knight Rises failed miserably. Also lousy was the death of both Miranda Tate, and Bane. How more disappointingly conventional can a car crash and a gunshot be, to get rid of the two chief villains in a story that needs to be phenomenal?

The ending was a mixed fare, really. While I appreciated the nice twist in how Wayne had himself patched the auto-pilot issue on the flying contraption, that let him survive the nuclear blast, I couldn't really come to terms with Bruce Wayne enjoying a life of peace and romance after all the swashbuckling heroics. Also, was it just me or was the revelation of Blake's real name way too blatant for anyone's liking?

That's about it, really. Saying that I did not enjoy the movie would be a lie. I thoroughly loved it. However, it was still disappointing in the grander scheme of things, because of all the reasons mentioned above. The movie has already tasted its share of eye watering success at the box office, but if the hype surrounding it is anything close to what it really was, then this would probably have to be the greatest thing that has come out since talkies went mainstream.

And that, The Dark Knight Rises is very, very far from being. 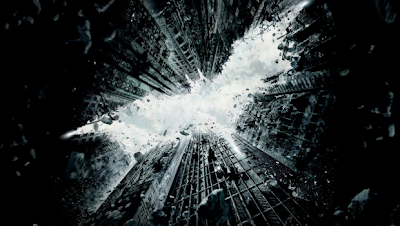 Nickspinkboots said…
Dude! Put out 'SPOILERS' in big neon letters before your post; you've basically given away everything :)

Subhayan Mukerjee said…
Eh. What shit.  Something in my subconscious told me its Kate all the while, I have no idea why.

Ashwin said…
Yeah, I came here to tell you to put "spoilers" in big black font too, like this:


*** BE WARY WHERE YOU WANDER FOR SPOILERS ABOUND BELOW ***
And, while you hit some points on the head (Miranda Tate's character development and how stunning Anne Hathaway was in her role), it looks like you went to watch the movie with a stubborn right brain and some blazing pitchforks. Film is art, and if you try to analyze it from every angle and cut it apart and view each piece, it won't look nearly as beautiful.

You state that there are plot holes, but the ones you point out seem contrived. You allow the film certain liberties; you can't walk in to watch E.T. and then grumble "Aliens don't exist". How good a film is, is not a product of how correct it seems, but rather how it makes you feel. This clearly reflects in what you write - one paragraph you're criticizing Nolan and in another you're saying the film was "very good" (note: italicized!).

I also disagree on how good a villain you think Bane was. To me, Bane was realistic, way more so than most superhero villains and in this aspect, realism matters because it personifies the fear that Bane invokes. Bane's weapons were not flashy, but bombs are as realistic as they get in today's world. Also, I feel his character was way more developed than the Joker (who as far as we know is just a plain, unexplainable madman) and while most of the character development came towards the end of the movie, it still helped build Bane as a character.

There are quite a few things I think you got spot on, though. The time-bomb was just a horrible cliche that you wouldn't really expect in a Nolan film, and the 'poor' deaths of the two main villains was just shoddy. You were not alone in expecting a climactic battle between the Batman and the main villain in the movie and not some sidekick blowing him away. Also, I felt Nolan 'copped out' in not letting Gotham have their pyrrhic victory and letting the Batman live. The biggest disappointment to me (like you stated) was the revelation behind Miranda Tate's character. That was pathetic, it felt almost like a blow below the belt.

Subhayan Mukerjee said…
"it looks like you went to watch the movie with a stubborn right brain and some blazing pitchforks" - this applies to most movies, say Pirates, Tintin etc. but I doubt whether it applies to ones made by Nolan. You expect the plot to be airtight, not full of fallacies and rational loopholes which TDKR had in abundance.

Regarding Bane. Remember that TDKR is essentially a superhero movie, and an unrealistic and supremely diabolical villain is necessary! In the Dark Knight, Nolan gave us a very sturdy plot, with very few loopholes, but he also gave us a true taste of an unrealistic badass superhero villain, which is very essential in a movie of this genre.

What I'm saying is, in a movie like TDKR, the plot needs to be realistic, and the characters need to be more spirited. This movie had neither.
30 July 2012 at 03:34

Ashwin said…
It was not "full of fallacies", and by that benchmark, I can find you ten-twenty in any movie you name, Dark Knight included.

"Remember that TDKR is essentially a superhero movie, and an unrealistic and supremely diabolical villain is necessary!"

Well, that's where we differ, I would find nothing scarier than a realistic villain. And I didn't find Joker the least bit scary. I thought it was all a bit overhyped.

You ask for a realistic plot but an unrealistic character. Now, how does that hold up? I don't buy that you're saying any of this with a lot of thought behind it.
30 July 2012 at 04:34

Nickspinkboots said…
I liked the movie. If you think about it, there were some loopholes, but I'm not going to be a miserable bastard and go over them in endless tedium to dampen the movie-going experience. Not that you're a miserable bastard :P I'm just saying. It was not the second coming of Jesus, but concentrating on the loopholes too much take away the fun. Just eat popcorn and chill.
1 August 2012 at 08:02

Touchbase123 said…
I find it amazing that after the the dark knight... and inception... how could anyone call this a good movie... I totally understand if people liked it as it had all the elements needed to make a good movie but none of them were implemented correctly by Nolan..  This should of been his biggest and best movie, but it is easily in my opinion his worst.

This film, unlike the dark knight, will not be remembered...

And also, Nolan can not do ACTION sequences at ALL!!! his editing and flow is awful... that scene at the end when they are chasing the truck with the nuke in it, is the most boring thing i have ever watched.

I was looking forward to this movie, and it could have been so many things, but instead it was just average, and not a good average.   It has left me feeling unfulfilled.... not something a movie fan wants to be left feeling.... hence in my opinion it is not a good film.
10 November 2012 at 20:08