I haven't written about Tintin in any of my 140 odd posts on this blog, and I'm dreadfully sorry for that. A great deal of injustice indeed, to what had pretty much been the holy grail of my childhood. 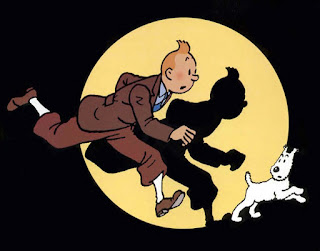 It started out in first standard, with my father and I, together reading Red Rackham's Treasure, and it slowly grew into an obsession that occupied the better part of my 12 years of school life, in which I read, re-read, re-re-read till I knew virtually every single panel on each of the 22 books by heart. From random addresses of the houses of minor characters, to the number on the licence plate of a random car that appeared in some random panel in some book.

When Tintin was announced for the big screen last year, I was to put it mildly, apprehensive. To put it not so mildly, I was waiting for it like this: 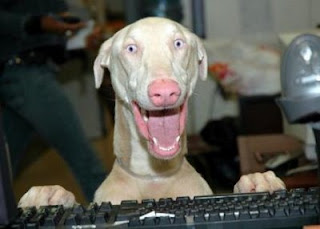 Yeah. I scoured the internet for news, for trailers, teasers and the sort, and kept talking about it to my friends and of course, with my father, who is as much of a Tintin fan as I am. Also, the fact that it was Spielberg himself who'd be directing the movie, did little to restrain my enthusiasm for the same.

Now finally, after quite a few weeks since its launch (regrettably so), I had the chance to watch the movie. In all of its three dimensional brilliance. 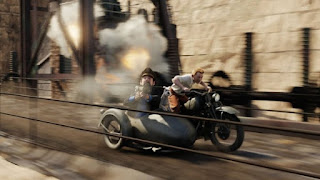 From the very beginning, what you notice is the incredible, absolutely mindblowing graphics. At first glance one would mistake it for reality. Just that the characters give it away owing to their facial characteristics which have been religiously maintained to respect Herge's caricatures in the books. Even with that constraint, the facial expressions, reactions and overall cinematography is so life like that it's creepy. I ain't the movie buff, but the few movies I have seen, I haven't seen better motion capture technology in any, and that's a fact.

Second, the story. Blind Tintin lovers will hate this bit, because what they've done is lift sections from three different books and made one story out of it all - kinda weird, because The Crab With The Golden Claws in reality has absolutely no connection to the epic Secret of the Unicorn + Red Rackham's Treasure saga. But whoever's distorted the original story, and rewritten the one filmed, has indeed done a brilliant job. Now before you go all Where'sYourFaithInTheOriginal on my arse, hear me out.

For one, the original story had an enormous coincidence in that Tintin bought the same Unicorn that had the history connected with his friend Haddock's ancestor. I respect Herge's story, inspite of the coincidence, because, well, it's Tintin. What Spielberg, very cleverly showed, was how Tintin first buys the Unicorn, then gets involved in the whole racket surrounding it, which brings him to meet Captain Haddock. Added to that is the revelation that Mr Sakharine is actually the descendant of Red Rackham the pirate himself. This leads to a brilliant climax where Captain Haddock and Sakahrine duel just as their ancestors had duelled two hundred years ago aboard the original Unicorn. (Oh did I forget to add spoiler alerts?)

To be honest, I loved this story a wee bit more than the original.

The entire Bird brothers incident has been done away with, including the brilliant chase in the Marlinspike Hall cellar which was so artfully shown in the comic strips. I was hoping to see all that animation there, but halfway through the movie I realized they would do away with that to keep the new story line. But no issues, there were several thrilling chase sequences in the movie, which more than just made up for that one lack. The naval battle between the Unicorn and the pirate galley has been depicted marvelously, as has been the rendition of the sea plane flight sequence right up to the crash land into the sands of Morocco.

Humour prevails throughout the movie, reaching peaks when the Thompsons make a fine mess of things, and during Snowy's hilarious antics and (mostly successful) attempts to help Tintin. Particularly funny was Haddock burping into the seaplane fuel tank, and his alcohol laden breath giving the engine enough juice to make it ashore.

However, I did miss the funny Captain Haddock. I missed his assorted compendium of swear words. I do agree, they are better read than heard, but a funnier Haddock, would indeed have made the movie more complete than what it currently is.

All in all, a brilliant movie. A spot-on, albeit distorted story; insane graphics; cliff hanging suspense, riddled with rib tickling humour. And an amazing climax. 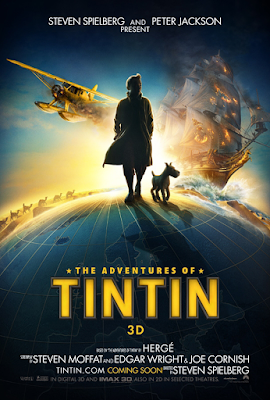 Soumyadeep said…
Heard of Steven Moffat? Probably the most brilliant screenplay writer in business today! He wrote the original draft of the screenplay. No wonder it is so good :)